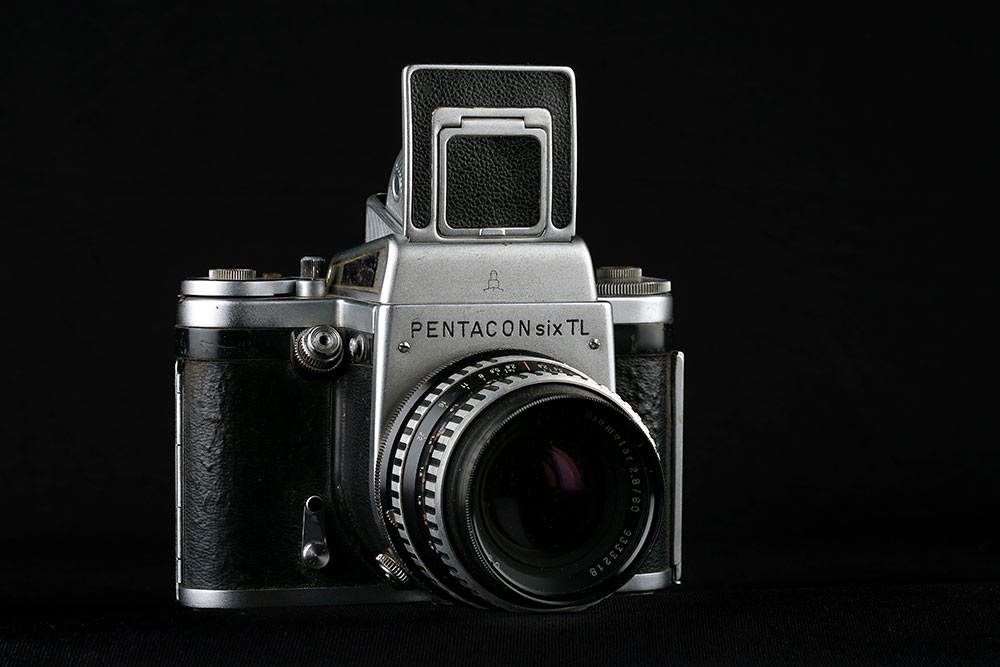 The Pentacon six is a single-lens reflex (SLR) medium format camera system made by East German manufacturer Pentacon from 1966 to 1992. It accepts lenses with the Pentacon Six mount, a breech-lock bayonet mount. When the TTL-metered prism was introduced in 1968, the letters ‘TL’ was added to the nameplate but no other changes were made to the camera body.