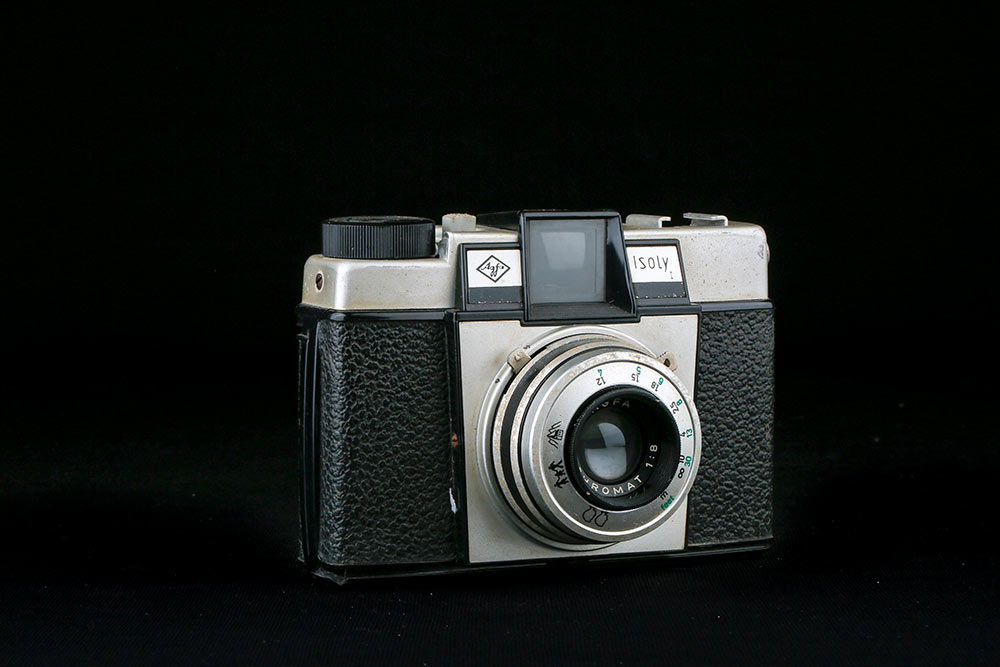 Isoly is a series of medium format viewfinder film cameras made by Agfa and produced between 1960-71. These cameras use 120 film for 16 frames of 4 x 4cm, the reduction of 6 x 6 cm. Diapositive films can also be used. They also offered a different lens option. Later cameras have the name Isoly I. Introduced in 1960, there is a version with distance symbols in meter scale. Lens: Achromat f/8, (f/11 aperture opening is possible). Shutter: Leaf shutter with speeds 1/30 and 1/100 +B. Film guidance is bent for the exact sharpening of the photos.