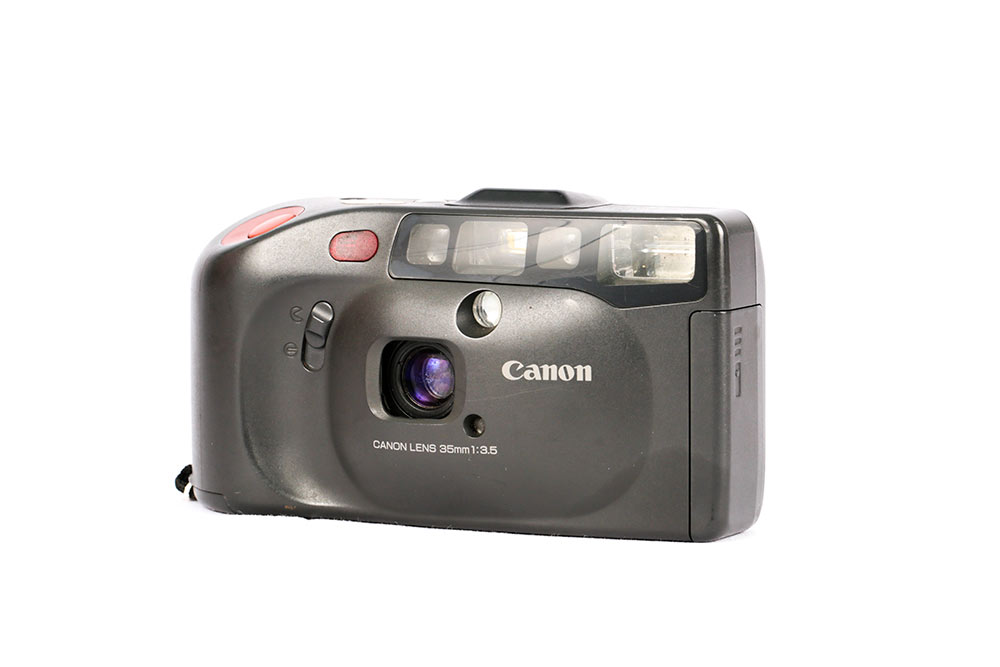 The Canon Prima Shot (which was sold as the Sure Shot Ace in the Americas and as the Autoboy Prisma in Japan) is a 1988 autofocus point & shoots from Canon for 35mm film. This was the world’s first camera with wireless remote control (using infrared beam). Its two unusual features were that it incorporated a brilliant finder in its top panel, allowing the photographer to compose low-angle shots and that one end of the camera could be detached and used as an infrared remote shutter release. Film transport is motorized, and the camera requires one 6-volt 2CR5 lithium battery to operate. Lens: 35mm f/3.5 (3 elements in 3 groups)