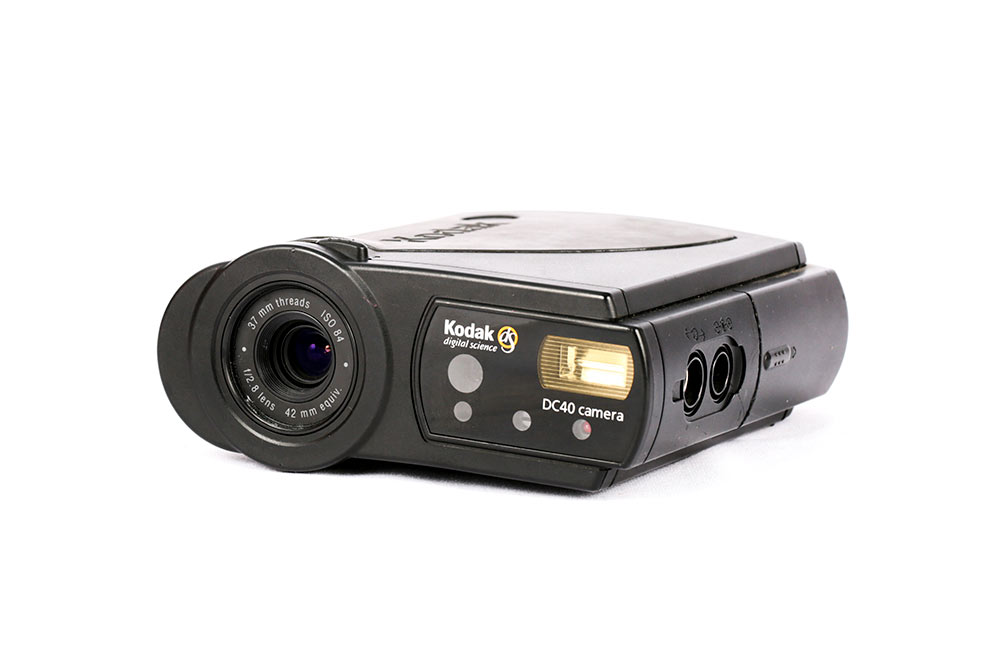 The Kodak DC40 was among the first consumer digital cameras released in 1995. It was also marketed by Logitech as the Fotoman Pixtura. Its features include 756×504 resolutions (<0.4 megapixels) CCD sensor, fixed focus and a non-zooming lens (its coverage equaled a 42mm lens on 35mm film). The built-in flash is capable of distances of four to nine feet with auto, on and off modes. A delay timer can be set with options of ten or twenty seconds. There is no LCD view screen and no removable memory. The internal memory could store 48 images at standard resolution. It is powered by 4x AA batteries. Internal Storage-4MB. Shutter: 1/175s-1s. Aperture range: f 2.8.