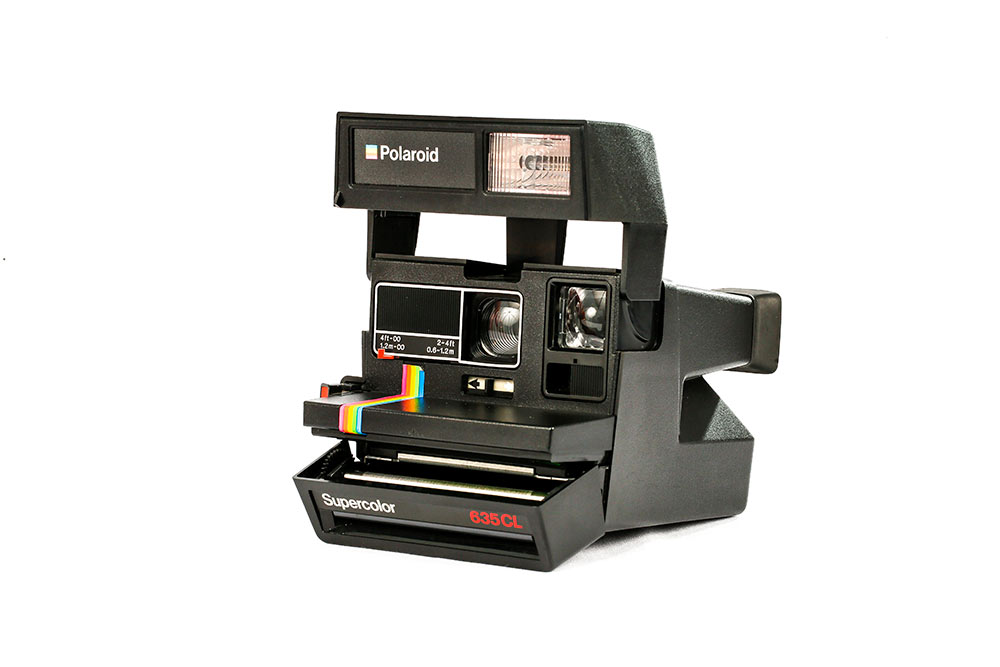 The Polaroid Supercolor 635 CL camera is a box-style plastic bodied camera produced throughout the 80s and early 90s. It works with original Polaroid 600-type film. It is an instant camera. The instant camera is a type of camera which uses self-developing film to create a chemically developed print shortly after taking the picture. It has the trademark rainbow stripe down the face. The camera’s built-in flash unit lifts up for picture-taking, folds down for carrying ease. It also features simple controls for adjusting exposure levels, so get a brighter or darker image with ease. It comes with a built-in automatic flash and a fixed-focus lens. Designed to work both indoors and out, it also has a flash override capability and an exposure correction slider on the front.