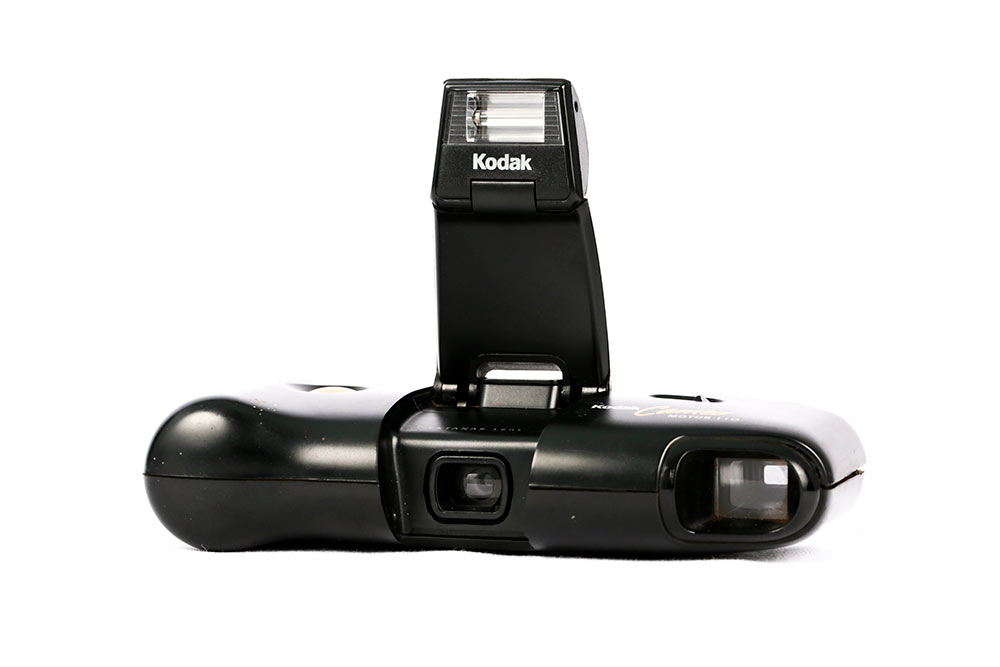 Kodak Cameo Motor 110 is a camera for 110 film. It was introduced in 1993. It was one of the last camera models for that film size. A little fixed exposure camera featuring a cobra style flashgun that doubles as a cover for the lens when closed. Film advance is motorized and a relatively fast shutter is fitted. The electronic flash folds high above the unit, thereby limiting the “red-eye” effect. Lens: 28mm Ektanar. Shutter: 1/125. Film type: 110 Cartridge.