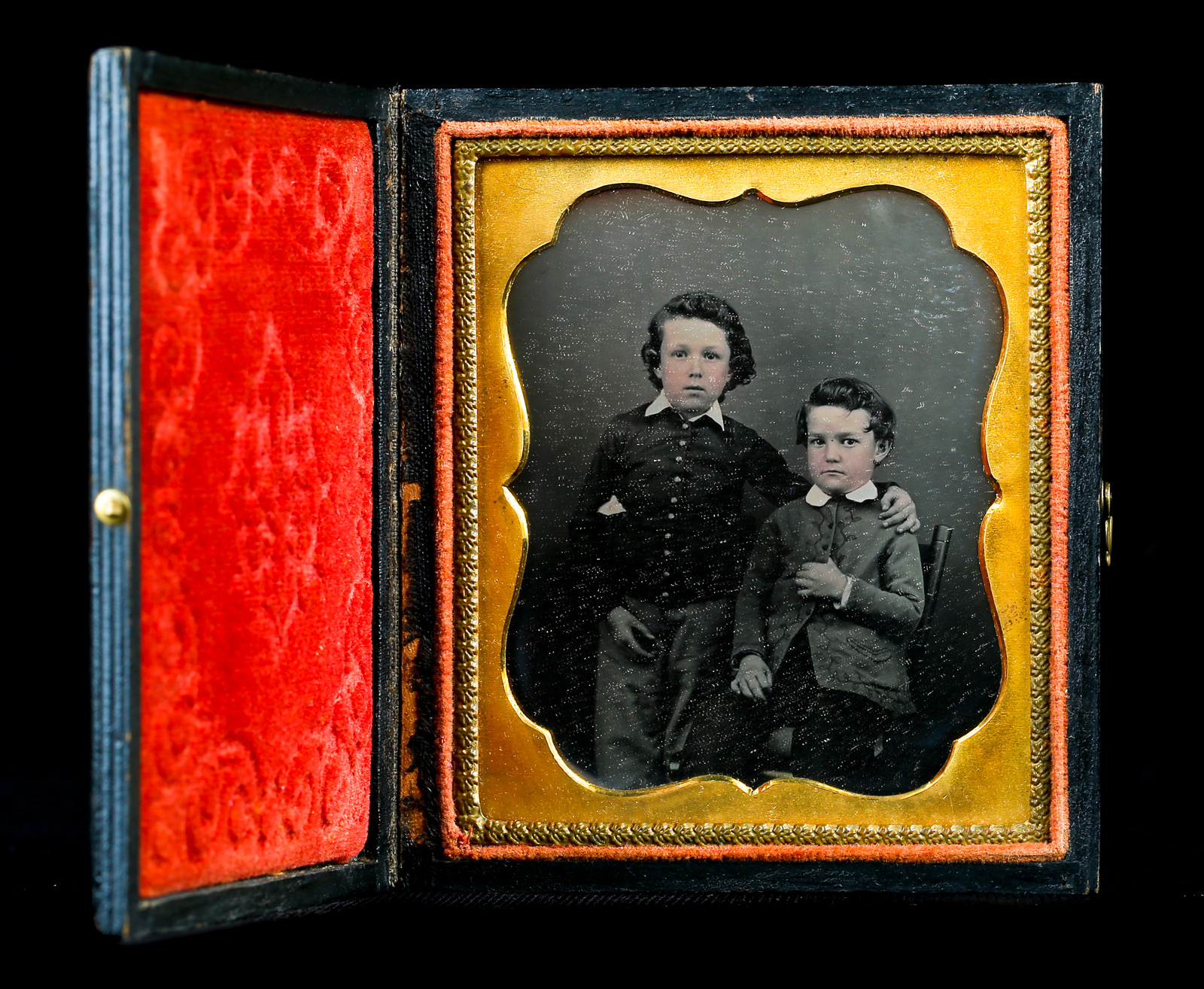 The daguerreotype was the first commercially successful photographic process (1839-1860) in the history of 19th-century photography. Named after the inventor Louis Jacques Mandé Daguerre, each daguerreotype is a unique image on a silvered copper plate. To make the image, a daguerreotypist would polish a sheet of silver-plated copper to a mirror finish, treat it with fumes that made its surface light-sensitive and expose it in a camera for as long as was judged to be necessary. It could be as little as a few seconds for brightly sunlit subjects or much longer with less intense lighting; make the resulting latent image on it visible by fuming it with mercury vapor; remove its sensitivity to light by liquid chemical treatment, rinse and dry it, then seal the easily marred result behind glass in a protective enclosure. The image is on a mirror-like silver surface, normally kept under glass, and will appear either positive or negative, depending on the angle at which it is viewed.