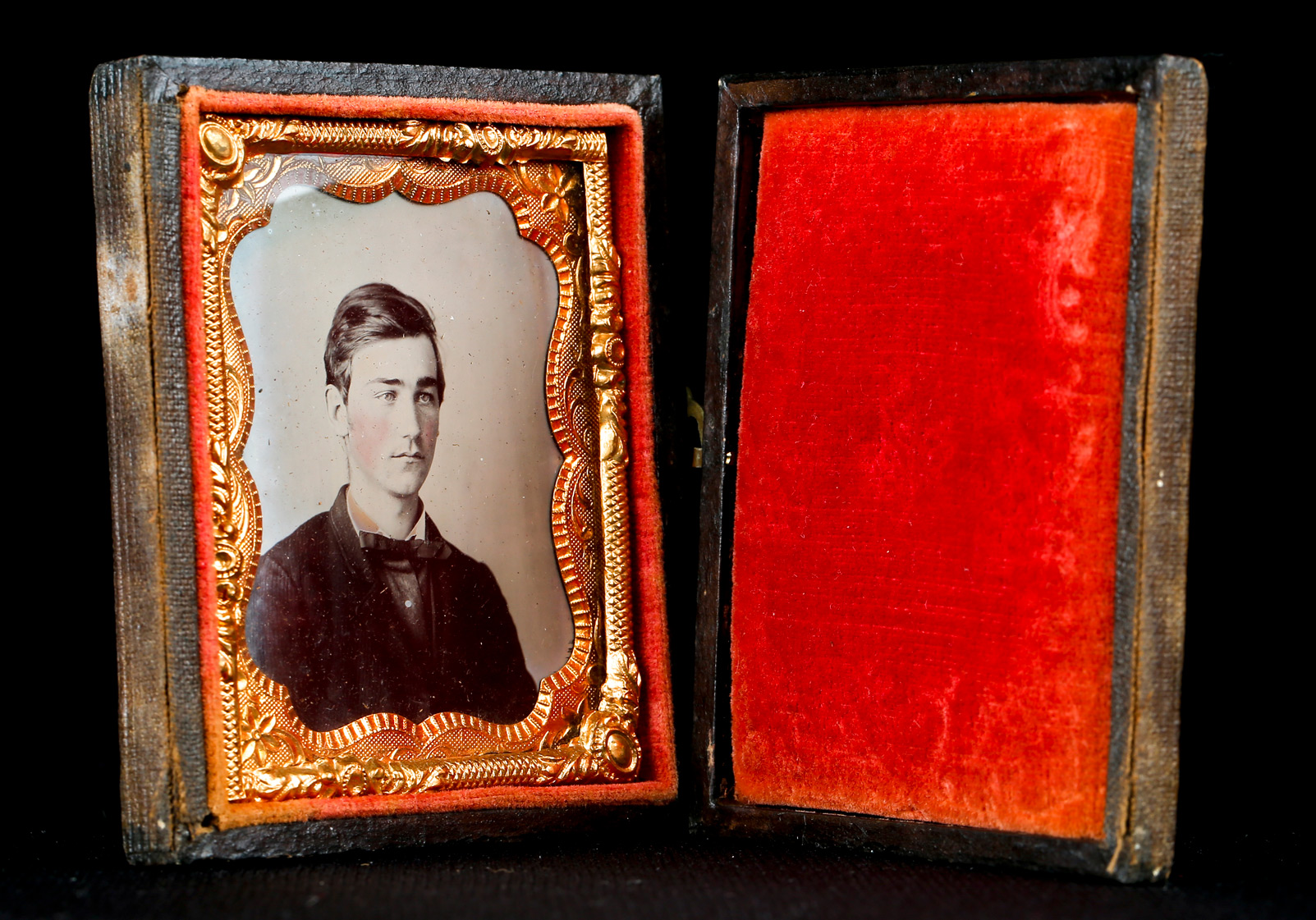 The ambrotype was invented by Frederick Scott Archer. It was introduced in the 1850s and is also known as a collodion positive in the UK. It is a positive photograph on glass made by a variant of the wet plate collodion process. Like a print on paper, it is viewed by reflected light. Each ambrotype is a unique original that could only be duplicated by using a camera to copy it.

Process:-
One side of a clean glass plate is coated with a thin layer of iodized collodion then dipped in a silver nitrate solution. The plate was exposed in the camera while still wet. Exposure times varied from five to sixty seconds or more depending on the brightness of the scene and the speed of the lens. The plate was then developed and fixed. The resulting negative, when viewed by reflected light against a black background, appears to be a positive image – the clear areas look black, and the exposed, opaque areas appear relatively light.