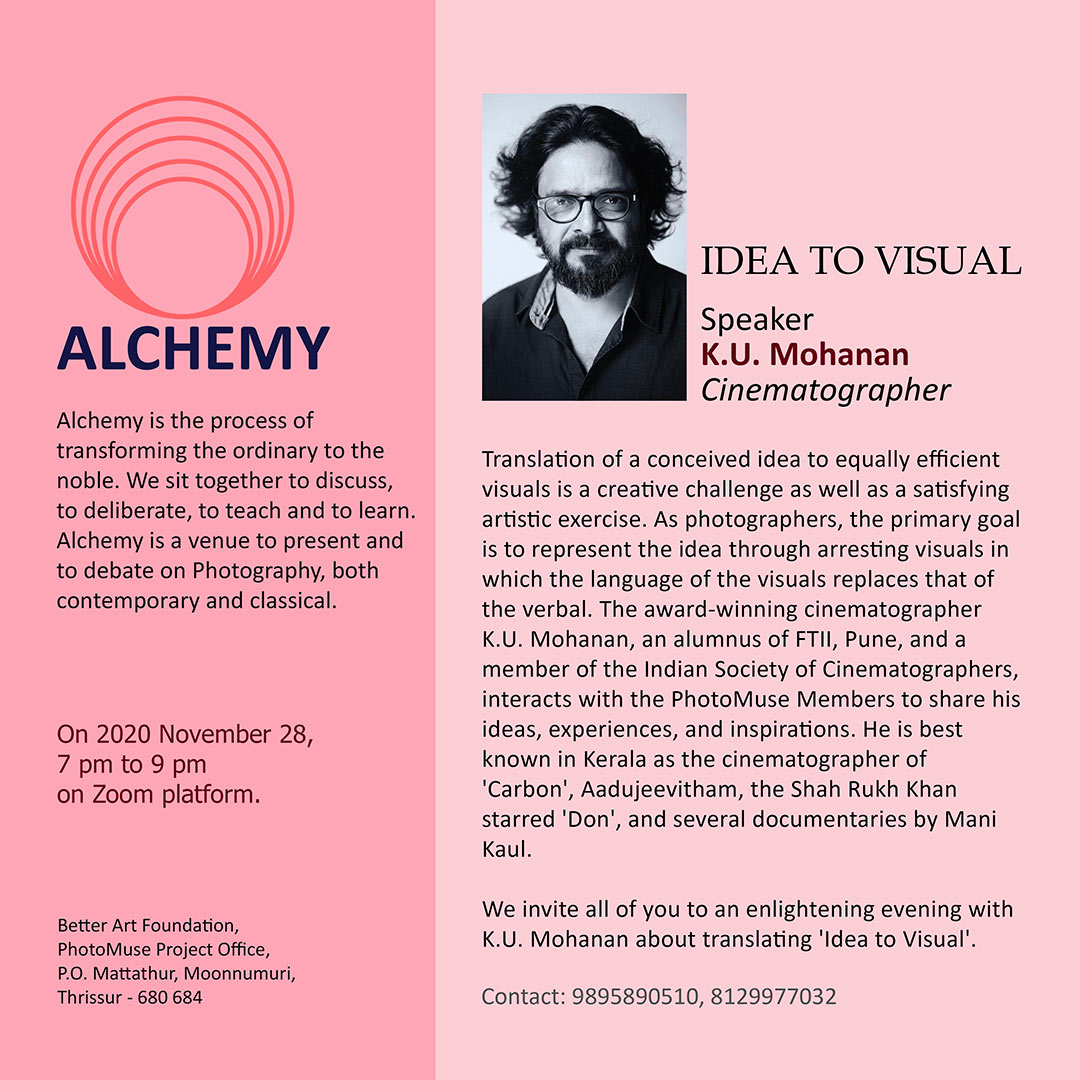 Alchemy is the process of transforming the ordinary to the noble. We sit together to discuss, to deliberate, to teach and to learn. Alchemy is a venue to present and to debate on Photography, both contemporary and classical.

Translation of a conceived idea to equally efficient visuals is a creative challenge as well as a satisfying artistic exercise. As photographers, the primary goal is to represent the idea through arresting visuals in which the language of the visuals replaces that of the verbal. The award-winning cinematographer K.U. Mohanan, an alumnus of FTII, Pune, and a member of the Indian Society of Cinematographers, interacts with the PhotoMuse Members to share his ideas, experiences, and inspirations. He is best known in Kerala as the cinematographer of ‘Carbon’, Aadujeevitham, the Shah Rukh Khan starred ‘Don’, and several documentaries by Mani Kaul.

We invite all of you to an enlightening evening with K.U. Mohanan about translating ‘Idea to Visual’.