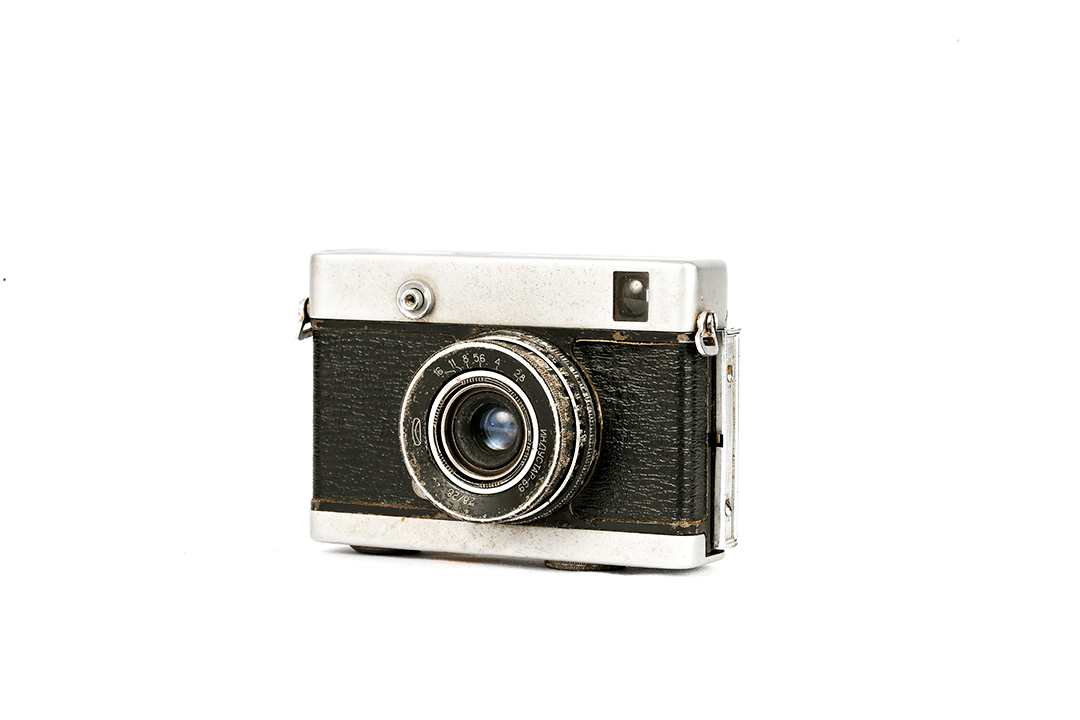 Chaika II is a half-frame 35mm film viewfinder camera made by MMZ (Minsk Mechanical Factory) which was founded in 1957. MMZ started making optical glass and producing cameras that were developed by GOMZ (State Optical-Mechanical Factory). In 1971 it became BelOMO (Belorussian Optical and Mechanical Association). It was based in Minsk, the capital of the former Soviet republic Belarus) and produced between 1967-72 with a quantity of 1.250.000 units. Chaika (Чайка) means Seagull. Chaika was also the call sign of the first Russian female cosmonaut Valentina Vladimirovna Tereshkova. Likely, this line of cameras was at least partly named in her honor. There were 6 types and 9 sub-types of the Chaika-II.

Lens: Industar-69 (ИНДУСТАР) 28mm f/2.8. MMZ logo is engraved on the lens. Aperture: up to f/16. Setting: ring and scale in front of the lens. Focus range: 0.8-5m + inf. The distance scale with symbols and the DOF scale are on the lens shutter barrel. Shutter: leaf shutter. Speeds: 1/30-1/250 +B. Shutter release: on the front of the top-plate, with cable release socket. Cocking lever winds the film also. Viewfinder: reverse telescopic finder, vertical quadrangle. Rewind knob: on the bottom plate, pull out and turn to the arrow direction.