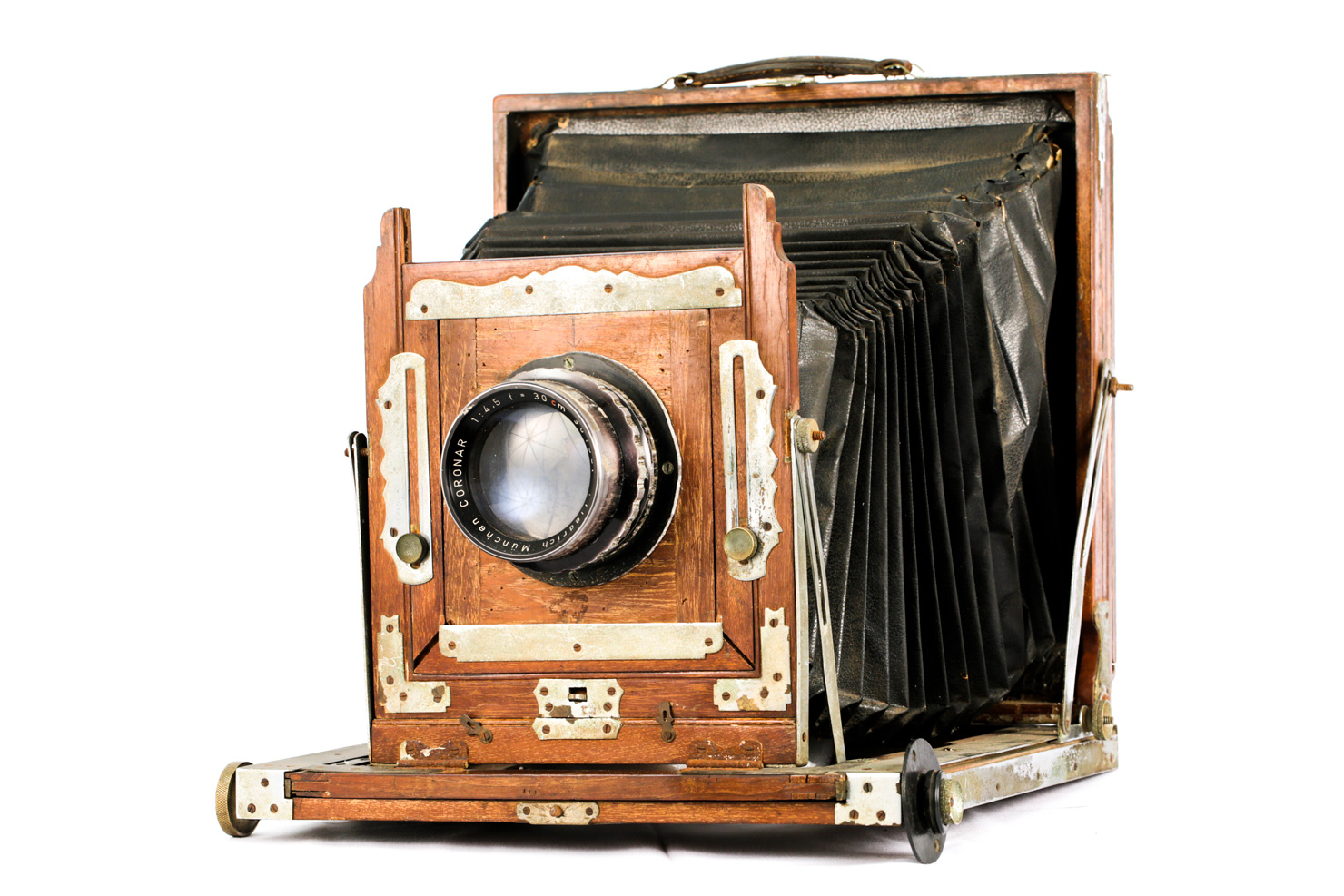 Vageeswari cameras were large format cameras made in India. These were once known as one of the best field cameras in the world. A field camera is a view camera that can be folded in a compact size. Vageeswari cameras were designed and manufactured by Mr. K. Karunakaran, an Alappuzha-based technician. Karunakaran used to help his father in his musical instrument repairing workshop that helped him gain a practical idea of the concepts of physics. The frame of Vageeswari cameras was made of teak with brass clips and screws. The lens was imported from Germany. Eight variants were produced that included small cameras that were used to make a maximum of four passport-size photos. Vageeswari ruled the market for over four decades.  The picture is of a Vageeswari field Camera with Friedrich Munchen Coronar 1:4.5 f=30cm lens.