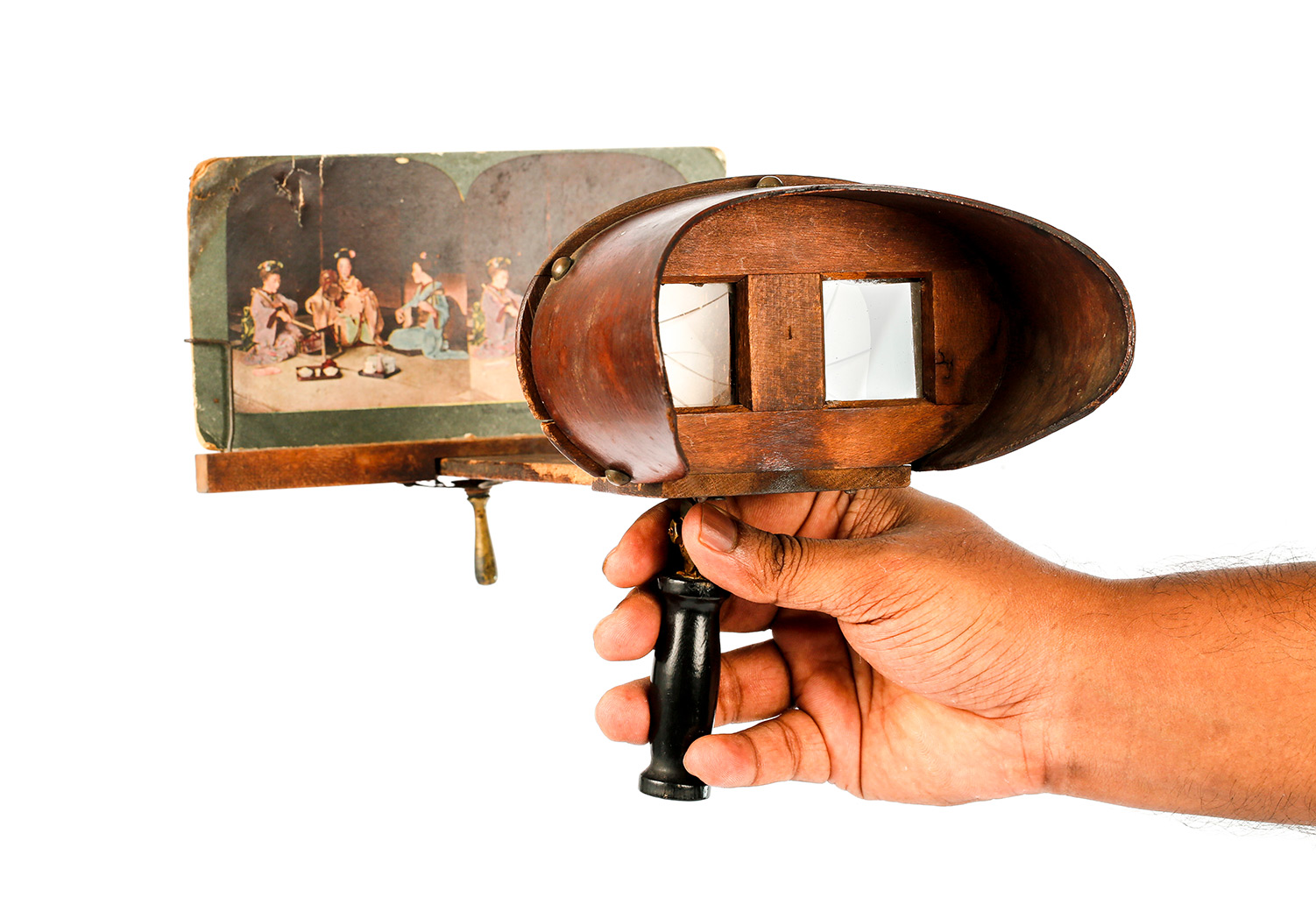 The stereoscope, which dates from the 1850s, consisted of two prismatic lenses and a wooden stand to hold the stereo card. This type of stereoscope remained in production for a century and there are still companies making them in limited production currently. A stereoscope is a device for viewing a stereoscopic pair of separate images, depicting left-eye and right-eye views of the same scene, as a single three-dimensional image. A typical stereoscope provides each eye with a lens that makes the image seen through it appear larger and more distant and usually also shifts its apparent horizontal position so that for a person with normal binocular depth perception the edges of the two images seemingly fuse into one “stereo window”.  Any stereoscopic image is called a stereogram. Stereogram referred to a pair of stereo images that could be viewed using a stereoscope.