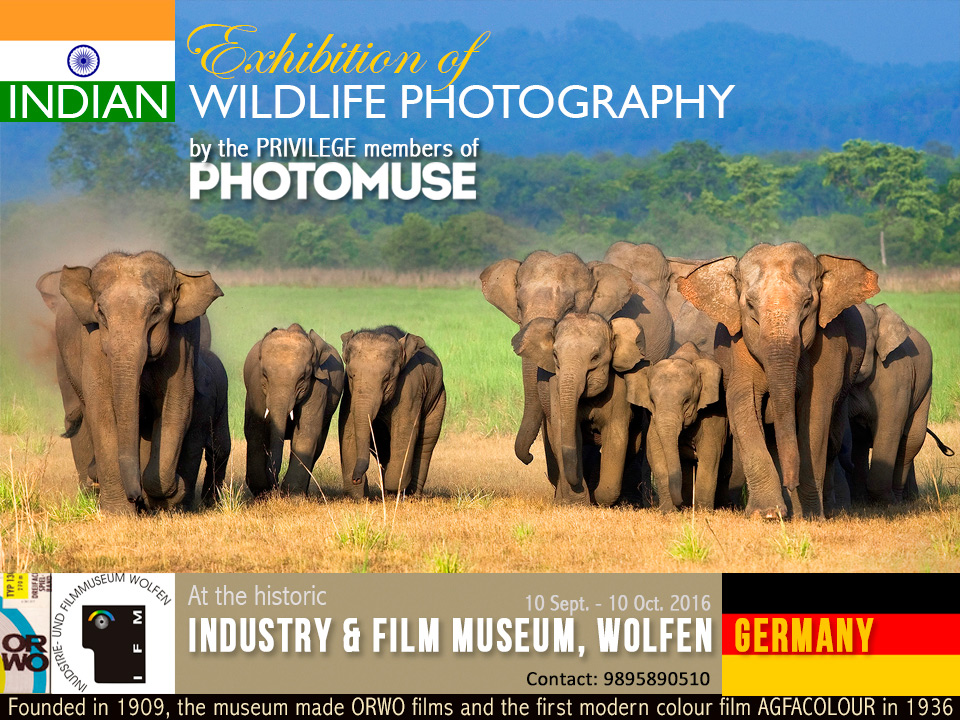 PhotoMuse is proud to announce our first international exhibition of photography in Germany.

The show features photographs that manifest unique geographical features and the rich and diverse variety of flora and fauna of Indian wildlife. The show features fifty photographs, compiled from the Privilege Club Members of Photmuse*. Photographs belong to the genre of nature documentary.

The venue of the exhibition is the historic Industry and Film Museum, Wolfen, Germany. The exhibition will be held between 10-Sep through 30-Oct.

The Wolfen Museum of Industry and Film was once the second largest photographic film factory in the world. The story begins with the factory building itself, which was constructed in 1909 by the AGFA company. The company produced a broad range of products ranging from cinema and photo film to x-ray plates, small format film and film for aviation movies. In 1936 film workers in Wolfen produced the first viable multilayer colour film (AGFACOLOUR) in the world. In late 1936 Agfa introduced Agfacolor Neu (New Agfacolor), a pioneering color film of the general type, still in use today. From 1964 onwards, Wolfen renamed their film products to ‘ORWO’ (short for ORiginal WOlfen). Later this technology was regarded as out-of-date, and was handed over to the Museum of Industry and Film, which opened in 1993.

*Note: Photomuse is always committed to document, interpret and promote the natural richness and diversity of Indian wildlife and support those who do the same. Accordingly, Photomuse would like NOT to restrict the submission of the photographs to it’s members, but to anyone interested. The selected members can enroll themselves as Privilege Members on or before 4th August, 2016 to quality themselves as participants.