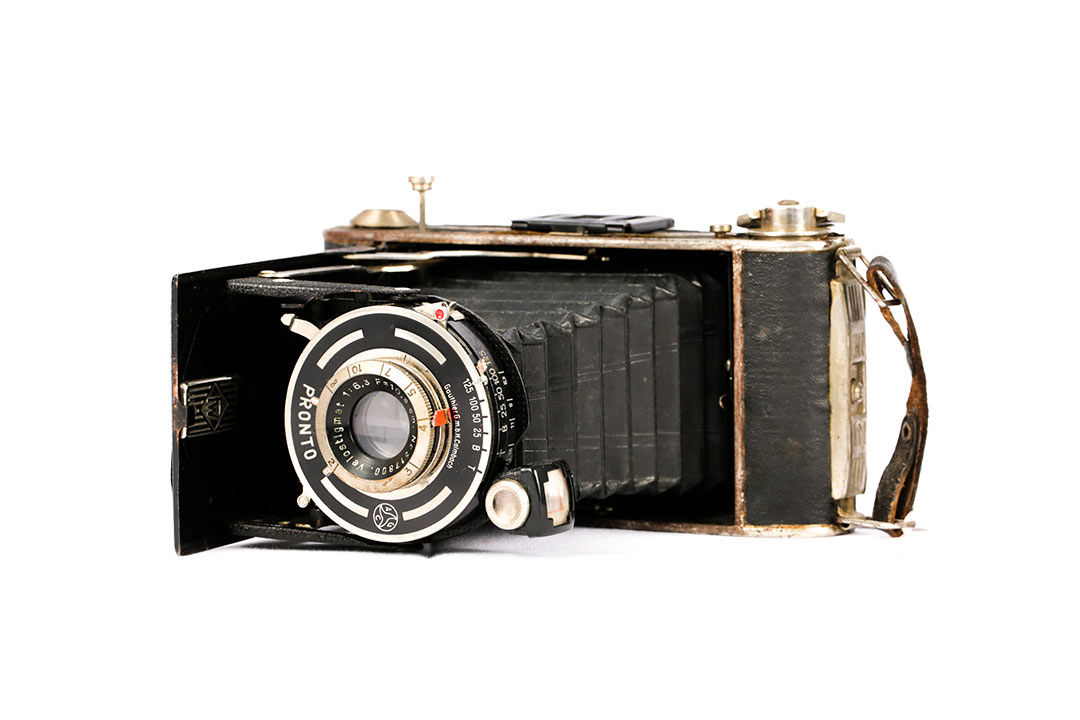 The Franka Rolfix was a series of self-erecting folding cameras for type No. 120 film rolls. It was launched in 1935. The series ended in 1954. All Rolfix cameras were designed for “full” medium format 6 x 9 cm, but several variants had the option for 4.5x6cm (half-frame) image format or the 6×6 image format. Franka Kamerawerk was a manufacturer of camera equipment situated in Bayreuth, Germany. It was founded by Franz Vyskocil in 1909. The company was known under several names during its life: Vysko-Fabrik Franz Vyskocil; Weigand & Vyskocil; Frankonia-Kamerawerk; Hogaschwerk; Franka-Kamerawerk. By 1958 Franka had 154 employees and production of 650,000 cameras. In 1962 Franka was sold to Henry Wirgin (Wirgin) and camera production ceased in 1967. Franka Rolfix is a simple dual format folding camera. It is a pre-war model. The lens seems to have no coating and uncoated lenses are quite rare in the post war folding cameras. This model was also called Hapo 5 , when it was sold by Hans Porst. The lens is Velostigmat 1:6.3 /105mm and the shutter is Pronto (Gauthier G.m.b.H Calmbach) T, B, 1/25 – 1/125.