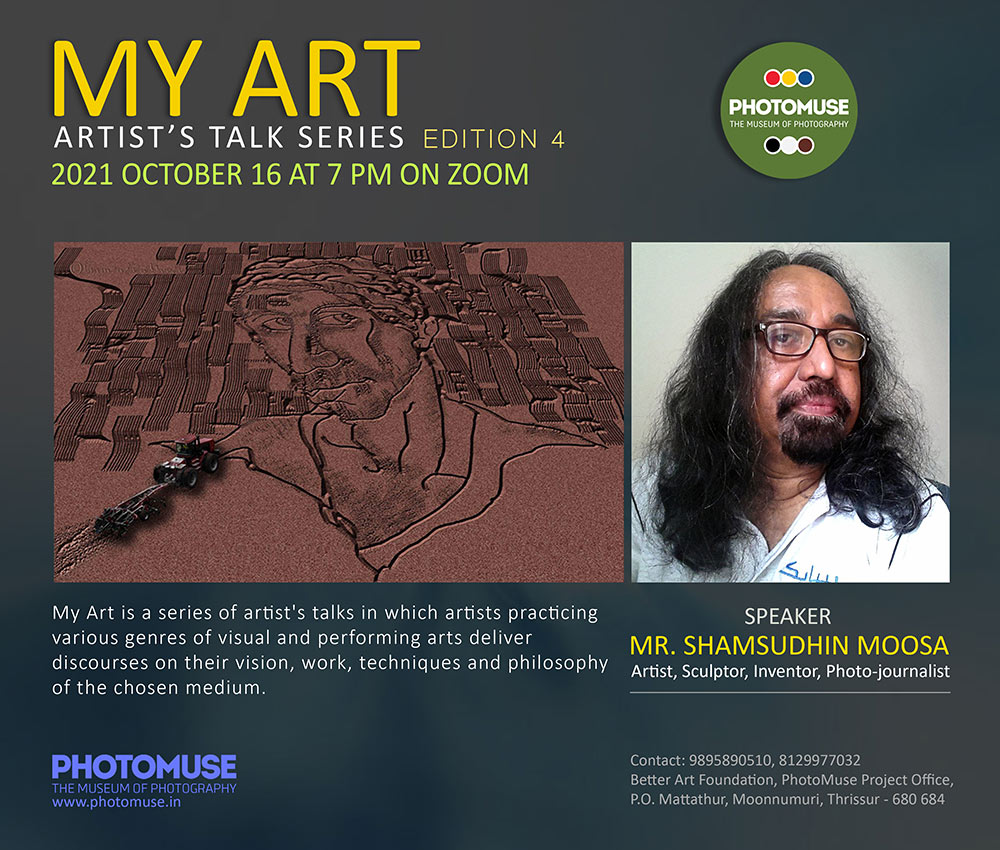 My Art is a series of artist’s talks in which artists practicing various genres of visual and performing arts discourse on their vision, work, techniques and philosophy of the chosen medium.

Shamsudhin Moosa, an alumni of the MS University, Baroda, during its heydays, created a stir in the Kerala Art circle when he was awarded the Lalitha Kala Academy award for his sculpture titled “The Big Bang” which effectively infused the essence of science and technology with that of art. It had a rare aesthetic vision which caught the eye of the acclaimed art critic Ramji during a one man show that Shamsudhin had conducted in 1982, a year earlier in Kochi. It was this penchant for trying to produce a form of art where geometry and artistic creativity are entwined that has marked Shamsudhin’s art practice over the years.
He is also a renowned artist and photographer, having worked extensively as a photojournalist for major media houses in the Middle East.