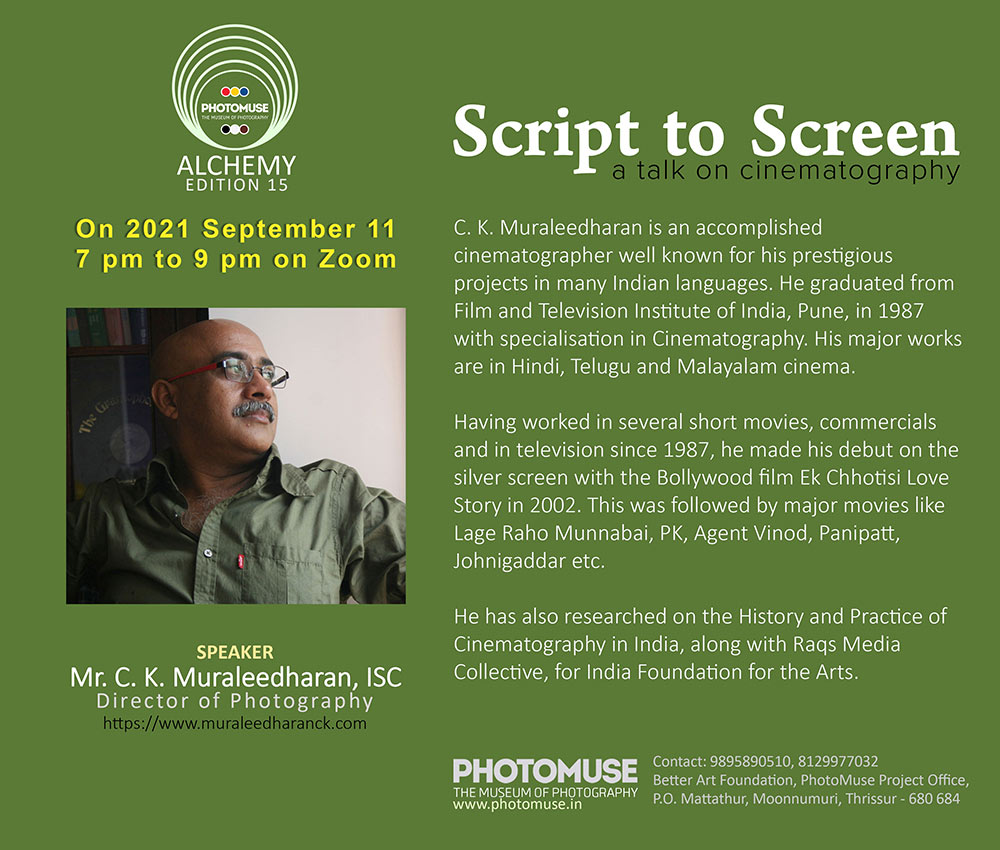 Alchemy is the process of transforming the ordinary to the noble. We sit together to discuss, to deliberate, to teach and to learn. Alchemy is a venue to present and to debate on Photography, both contemporary and classical.

C. K. Muraleedharan is an accomplished cinematographer well known for his prestigious projects in many Indian languages. He graduated from Film and Television Institute of India, Pune, in 1987 with specialisation in Cinematography. His major works are in Hindi, Telugu and Malayalam cinema. Having worked in several short movies, commercials and in television since 1987, he made his debut on the silver screen with the Bollywood film Ek Chhotisi Love Story in 2002. This was followed by major movies like Lage Raho Munnabai, PK, Agent Vinod, Panipatt, Johnigaddar etc. He has also researched on the History and Practice of Cinematography in India, along with Raqs Media Collective, for India Foundation for the Arts.

Getting started with Photoshop for image editing
June 25, 2022