Inception: STORY OF A STREET

‘INCEPTION’ is a series of programs by PhotoMuse that showcases new photographic work by its members, patrons, and other associates. The program envisages a dynamic platform for exhibiting new project-based photography created after 2015 about various subject matters of personal choice.
We are much delighted to introduce the works by Mr. Suresh Sekharan, PhotoMuse Life Member

S. K. Pottekkatt, the globe trotter, once sent a letter back home while he was still roaming alien streets abroad: “I just can’t wait to return to Calicut and walk through Mittayi Theruvu.” So deep was the attachment of the celebrated writer with that street. He immortalized the life on the street in his novel, Oru Theruvinte Katha (The tale of a street), about six decades ago.
One can’t ever forget Krishnakuruppu, the omnipresent newspaper vendor in the street; Radha, his ten-year-old daughter; Omanji, an officer in the customs division with strange character; Murugan, the Blind beggar who secretly stashes his wealth from begging as gold coins and jewelry; Sudhakaran Muthalali, a rich businessman, to name a few from the bouquet of immortal characters in the novel.
The street got renovated recently, as part of a heritage project initiated by the Department of Tourism. The street is now maintained clean and neat and I am sure, none of the kind of people depicted by Pottekkatt would be living there. But when you enter the street from Mananchira Square side, you will find all the characters of the novel immortalized in the form of stone carvings on the left-side wall.
In this series of images, I am trying to recreate the characters of the novel by re-representing the present-day reality. 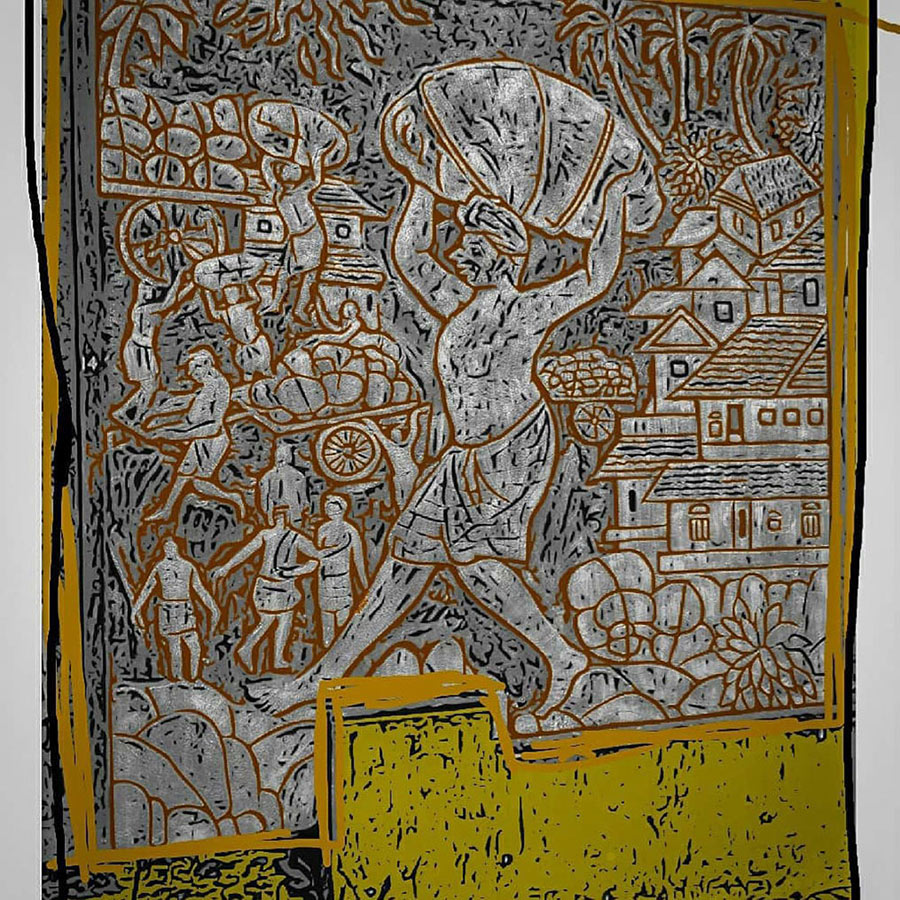 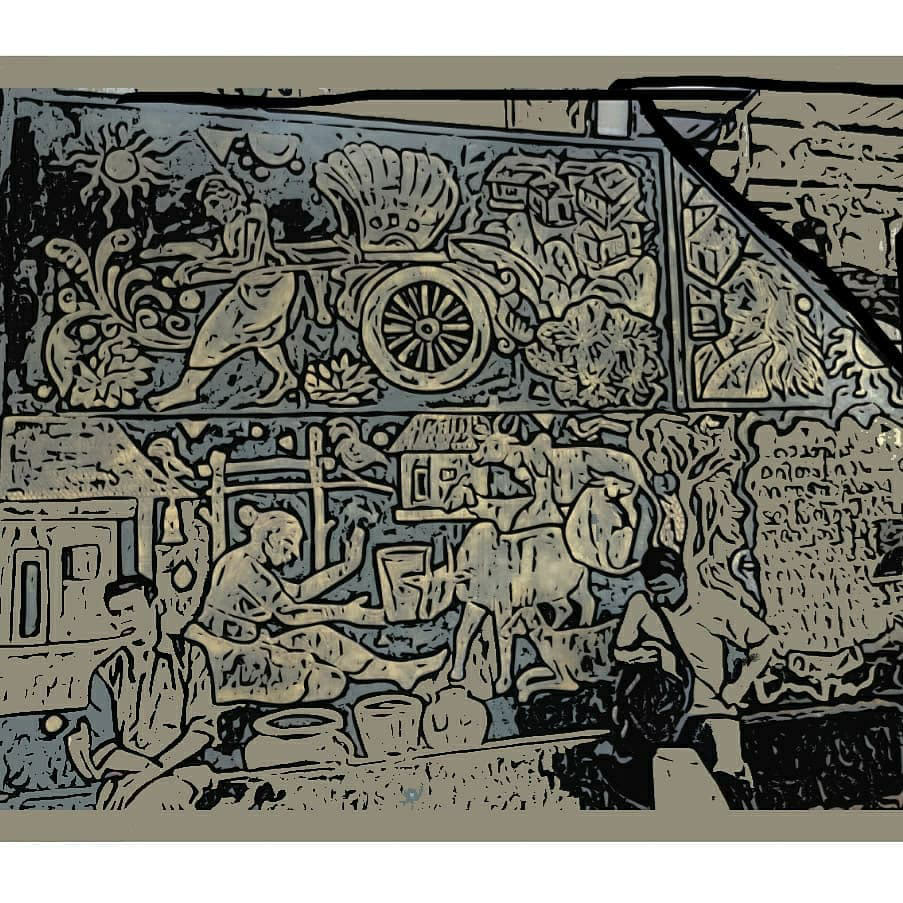 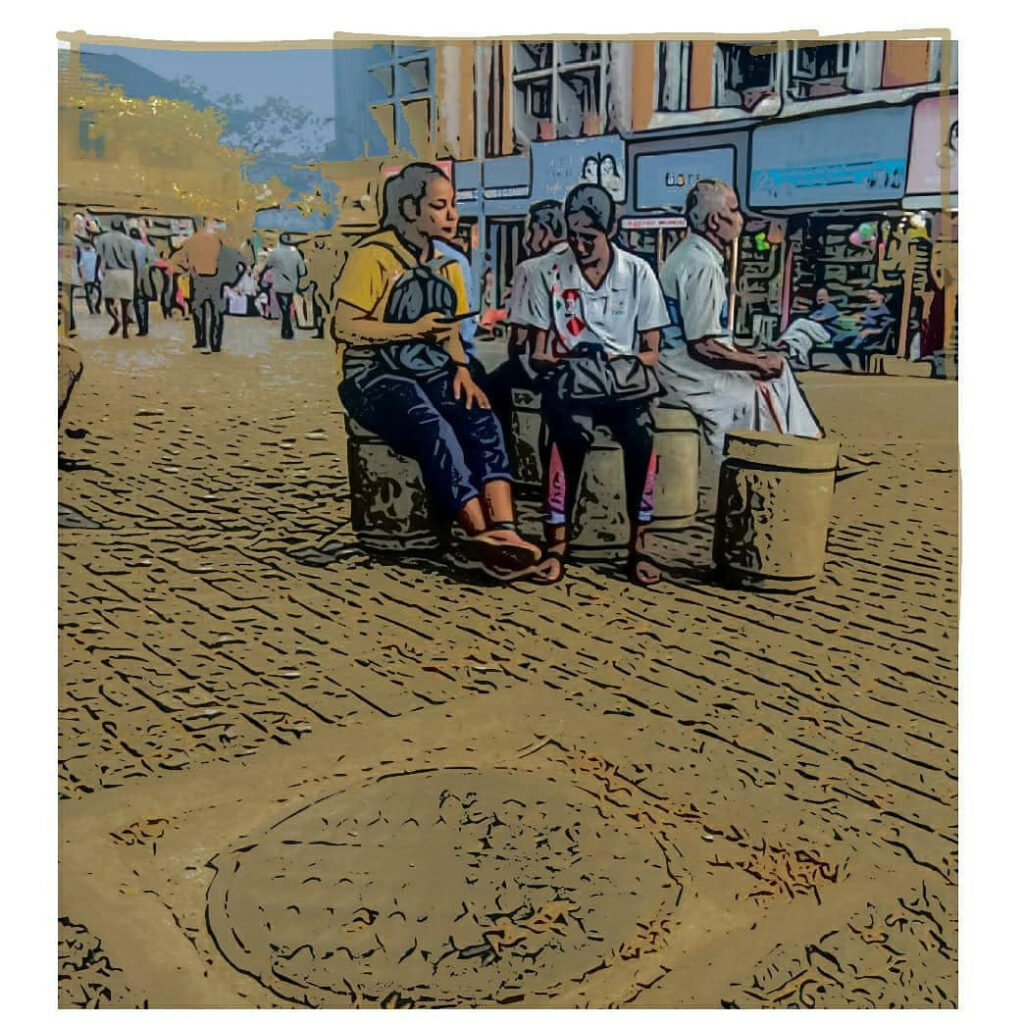 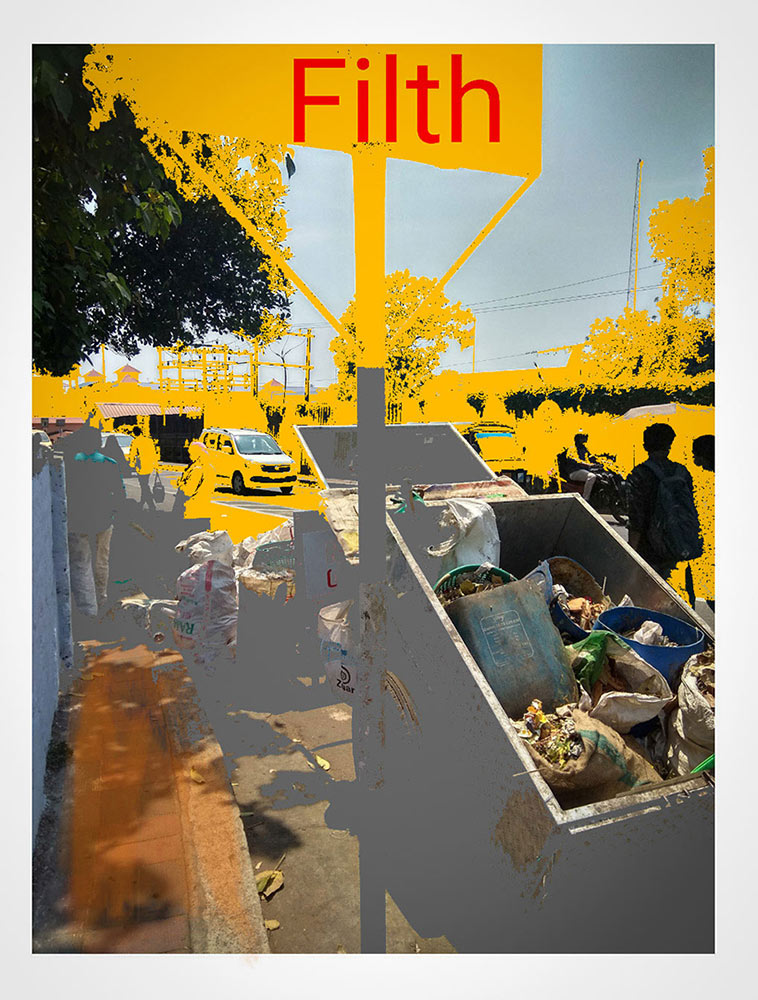 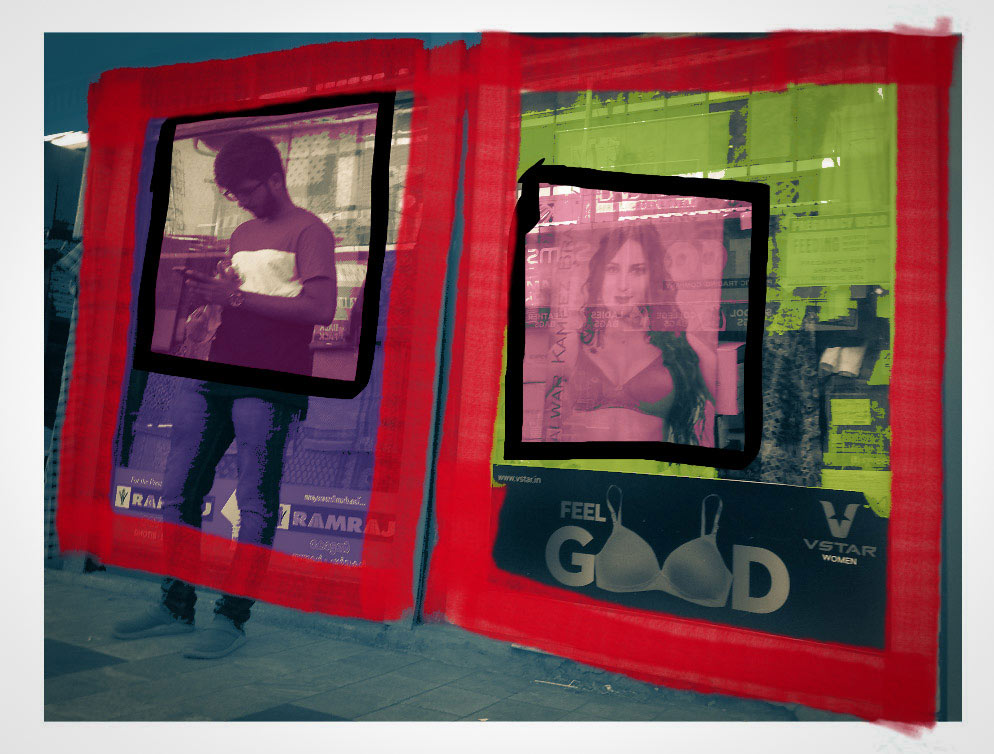