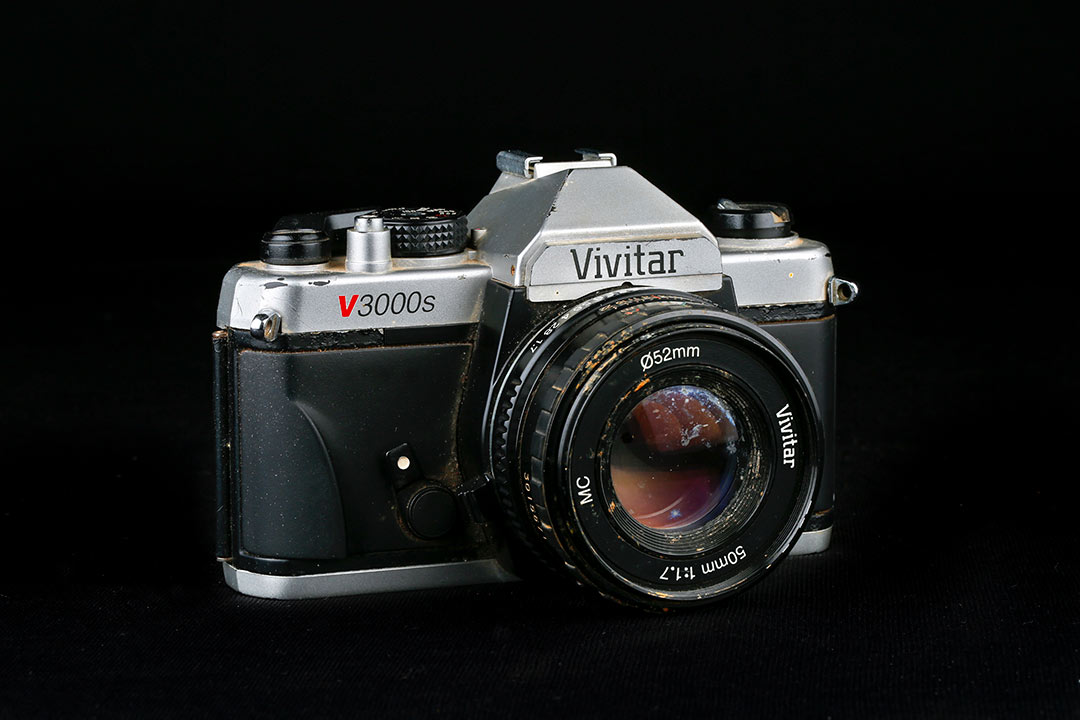 The is a fully manual 35mm film SLR camera. It takes K-mount (Pentax bayonet) lenses. It has a cast alloy chassis with plastic covers. It has a hot-shoe flash socket, internal light meter (activated by pushing the shutter release button halfway) manual film advance, and a screw thread for the remote shutter release cord. It has a flash sync terminal and a self-timer, but no automatic exposure capability. The V3000s was manufactured in China in 1994 for distribution by Vivitar. It is a derivative of the Yashica FX-3. In the late 1990s, the V3000s received an update and became V3000. There is no apparent difference between the two models other than color.