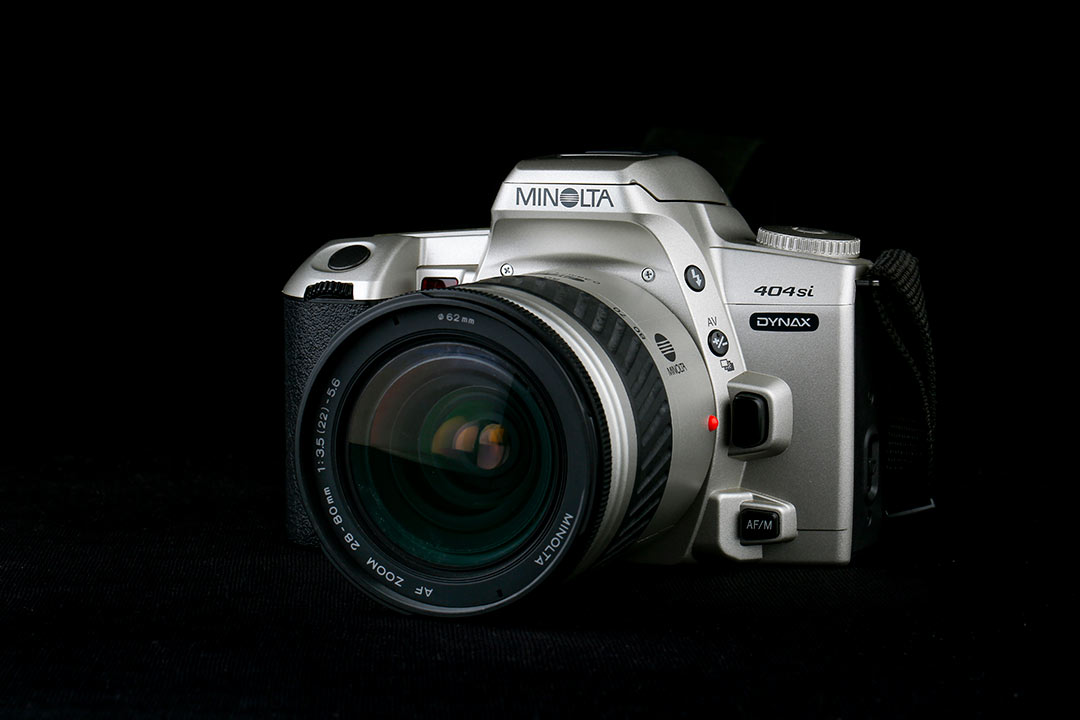 The Dynax 404si is an entry-level autofocus 35mm film SLR camera using the Minolta AF mount, manufactured by Minolta and released in 1999. In America, it was known as Maxxum STsi and in Japan, it was called α Sweet S (Alpha Sweet S).
Lens: Minolta AF Zoom 28-80mm 1:3.5(22)-5.6. The electronic controlled shutter is vertical travelling with speeds from 20s to 1/2000 sec, plus bulb and a flash sync of 1/90 of a sec. The metering is a TTL based system using 8 segment silicon photocell. It has sensitivity of 1 to 20 EV and in spot mode 4 to 20 EV (ISO 100, 50mm f/1.4). Metering is based on using DX encoded film, which can also be manually set from 6 to 6400 ISO in 1/3 Inc. The exposure modes include program, aperture-priority, shutter priority, manual exposure along with settings for portrait, landscape, close-up, sport, night. The film transport has a motorized drive with film automatically advancing after exposure. Drive modes include single frame, continuous for up to 1 fps, self-timer and multiple exposures. The built-in flash has a GN of 12. The camera is powered by two CR2 batteries.