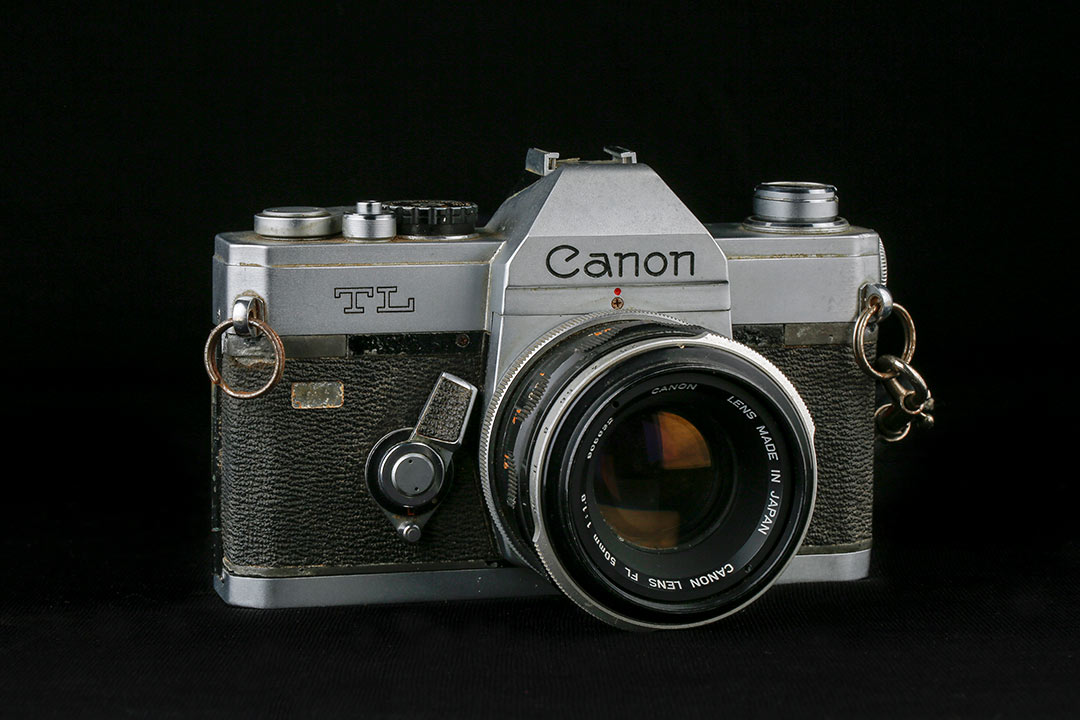 The Canon TL, released in 1968, is a simplified and cheaper version of the FT QL, aimed for mass market overseas. It was designed without a self-timer or QL feature, but it retained stop-down TTL metering. While most TL cameras did not have QL (quick loading), a few models were released with it. The TL had a two-axis, horizontal-travel and focal plane shutter with cloth curtains. The maximum shutter speed was only 1/500 sec. It had no self-timer. FP and X flash sync was provided with automatic-switching contacts on a PC socket.