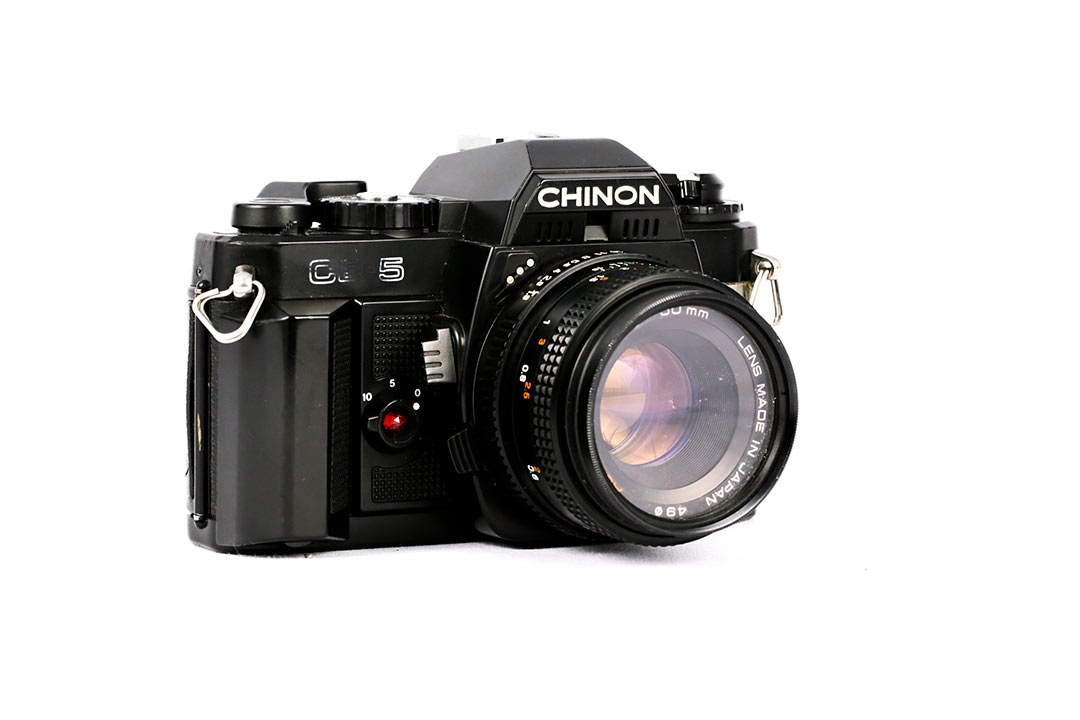 The Chinon CE-5 was a 35mm SLR camera produced by Chinon, which was one of the first cameras to have autofocus-capable lenses produced for it. The camera had a Pentax K mount (addressed to in the specifications as the Chinon’s “universal mount”) with which its lenses were mounted.

The camera had two modes: aperture-priority and full manual. The shutter speeds ranged from 4 to 1/2000 seconds in aperture priority mode and 2 to 1/2000 seconds in manual mode, in addition to a “bulb” mode. The shutter was controlled electronically in both modes and was a Seiko electromagnetic metal focal-plane shutter. A multiple exposure switch was also incorporated into the camera, alongside a 5 or 10 second self-timer. An “X sync” flash hot shoe was incorporated, with contacts especially for the Chinon range of dedicated flashes. It features TTL, center-weighted full aperture light measuring automatic exposure control.