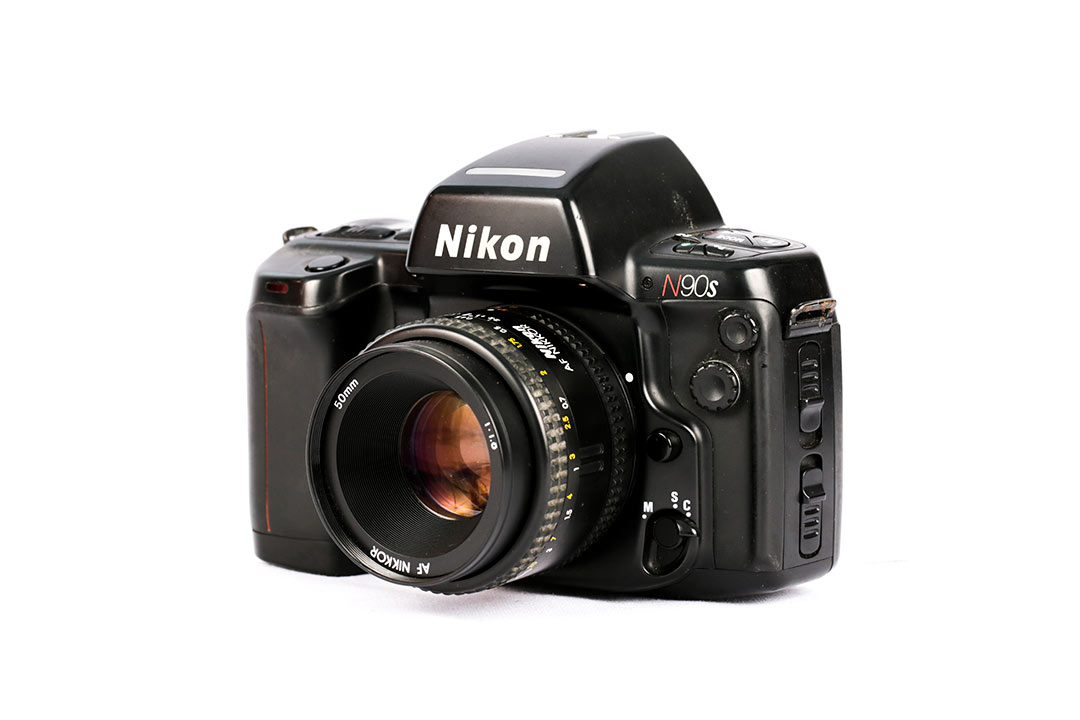 The Nikon N90s is a 35mm autofocus film SLR using Nikon’s F lens mount. The name N90s was used for marketing in the United States; everywhere else the camera was called the F90x. This camera was also used as the base for the Kodak DCS 400 series of digital SLRs. The N90s/F90x was introduced in 1994 and discontinued in 2001.