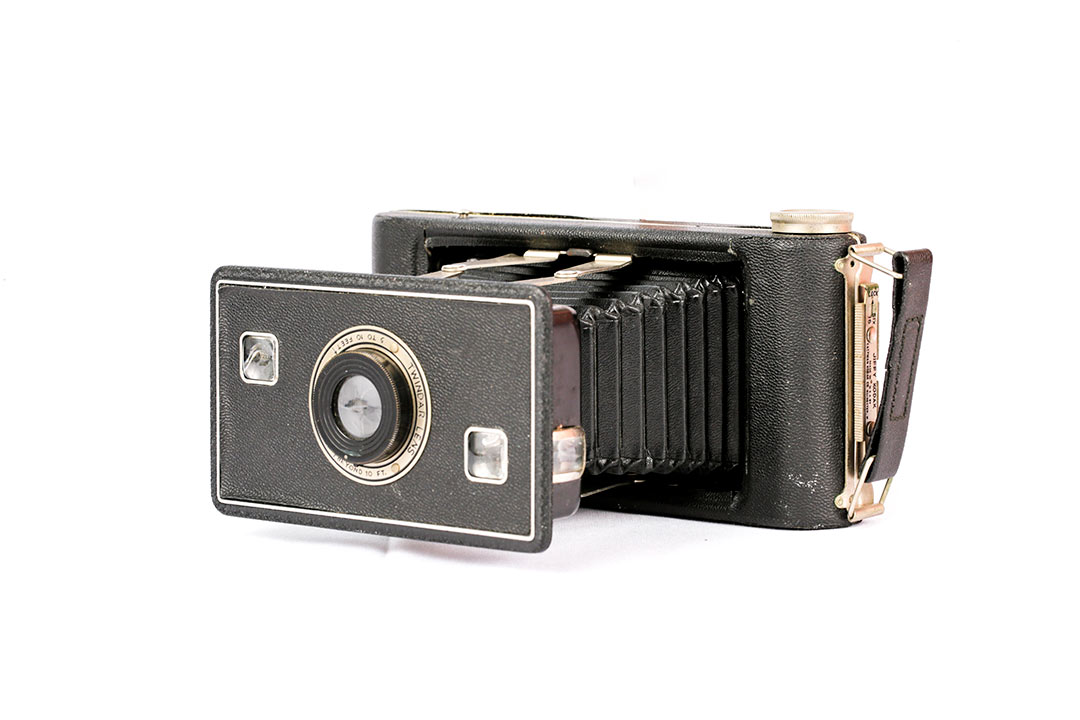 Kodak Jiffy six 16 Series II was a medium format folding camera made by Eastman Kodak Co. Ltd., Rochester, U.S.A between 1937 and 1948. It had a Twindar lens with a distance selector. Only two apertures were selectable. But it had two viewfinders in the pop-out lens board, one for vertical and one for horizontal images. The Jiffy II differs from the Jiffy only by its front cover covered with leather.