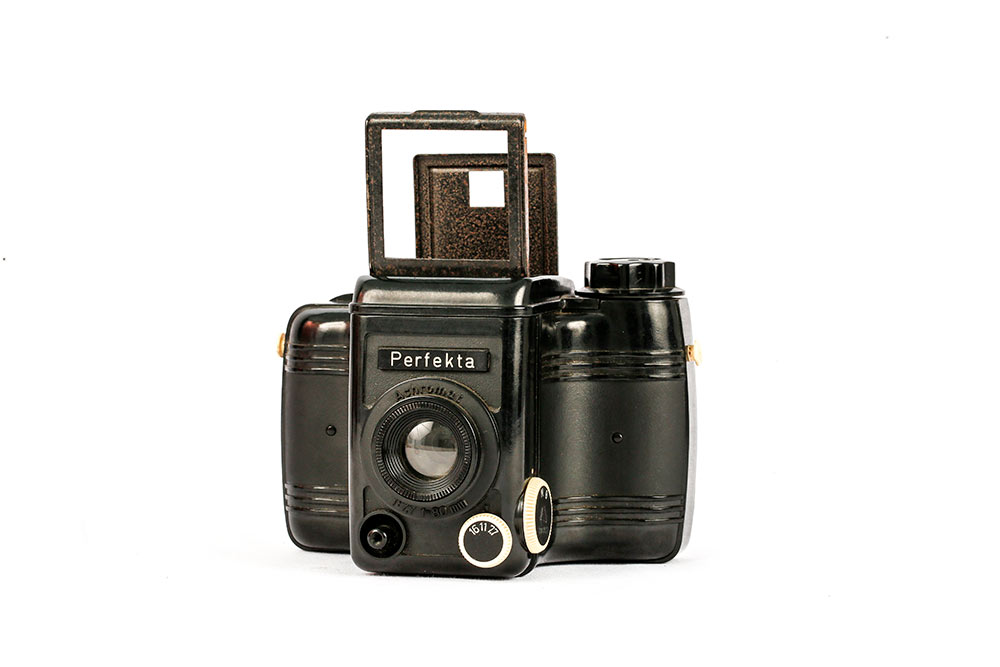 The Perfekta is a Bakelite 6 x 6 120 film fixed-focus box camera made by VEB Rheinmetall in former East Germany. The camera body was made in black Bakelite with cream-coloured controls. The original model of this Perfekta has a flip-up frame finder. The lens is an 80 mm f/7.7 achromat lens. There is an aperture control knob below the lens giving f/7.7, f/11 and f/16. A second knob on the side of the boxy lens housing selects between ‘B’ and ‘I/M’ shutter. The shutter-release is a button below the lens opposite the aperture knob. A red frame counter window is placed in the center of the back and can be closed by turning a small plastic knob. The shutter speed selector also carries a number ‘1’ inside a triangle and the company number: 37/286/0000. Total production of the Perfekta was 1,026,000 units. The Perfekta is a good example of the persistence of the ‘Streamline Moderne’ style in the 1950s.