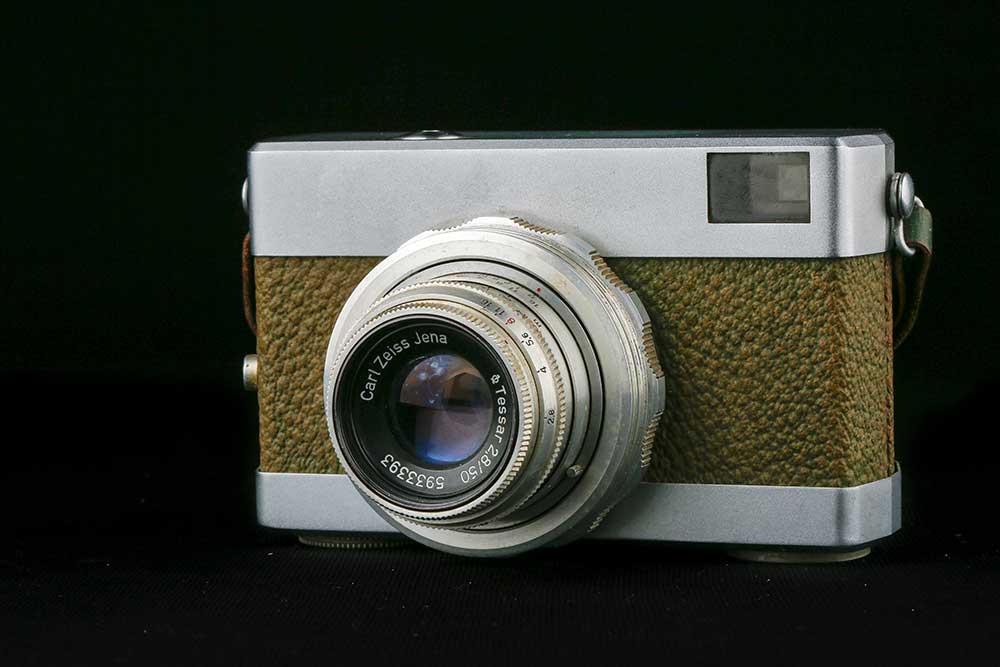 The Werra l is a 35mm viewfinder camera manufactured by the Carl Zeiss Jena factory which was primarily a lens-making plant. These cameras offer a high degree of control with a minimum number of levers, knobs or rings. In their simplest incarnations, the Werras featured only a shutter release button on the top plate. With its streamlined styling, nearly all other controls were incorporated into the lens barrel. Lens: Carl Zeiss Jena Tessar f/2.8. Almost every important function of the camera is housed on its lens. It’s not unusual to have focusing, aperture and shutter speed settings on a lens but it is unique to have the film advance placed there. The ring between the lens and body both simultaneously advances the film and engages the shutter. It has a flat-glass viewfinder without any lines. Its lens offers an aperture range from f/16 to f/2.8 and a shutter speed range from 1 second to 1/250 of a second, plus bulb mode. All Werras were made with solid, sturdy aluminum, with early versions having green leatherette and later versions having black leatherette or rubber coating. Lens covers also double as lens hoods when removed. The Werra is a minimalist design camera whose body sacrifices obvious controls in order to maintain a clean Bauhaus design.