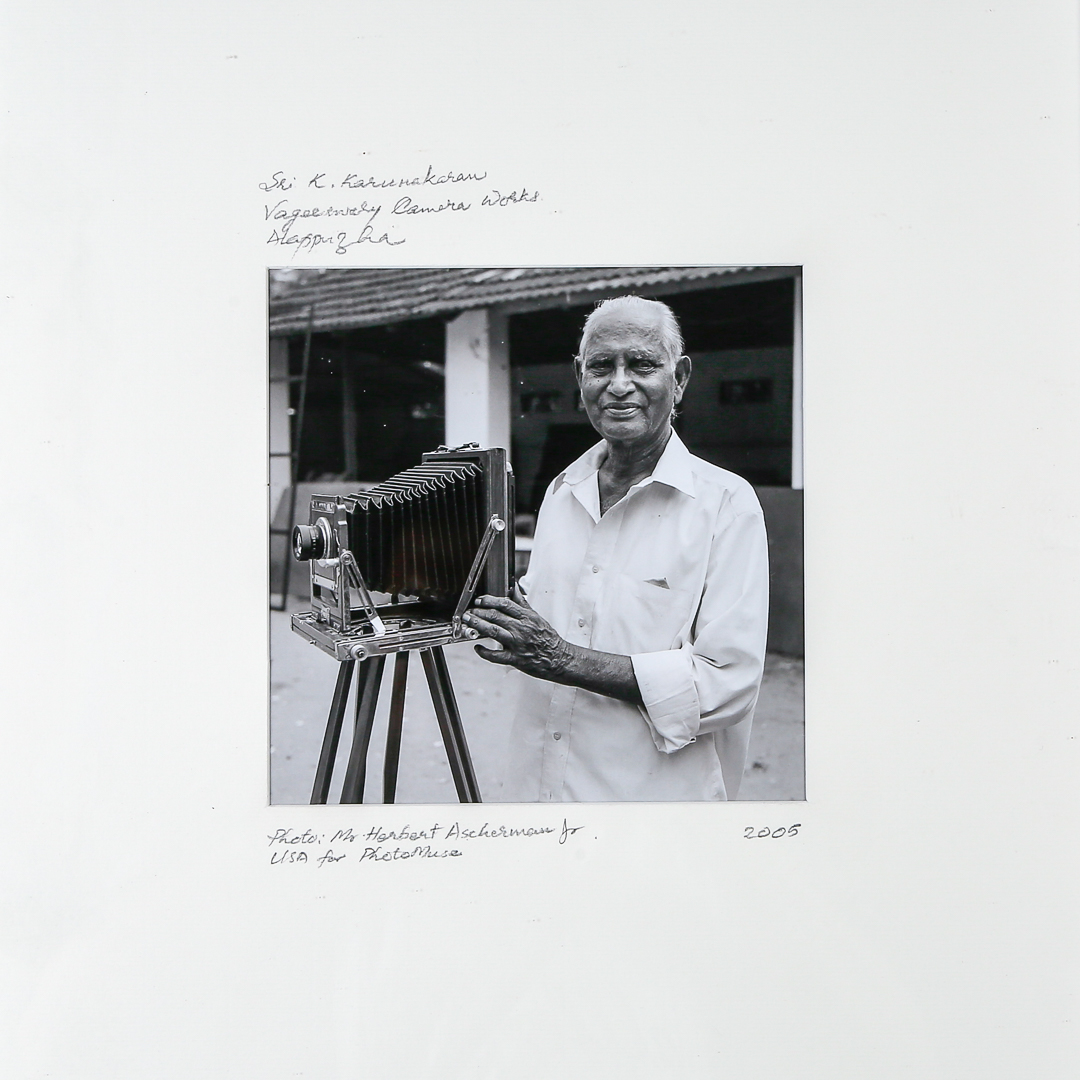 K. Karunakaran (1936-2016) was born in Alappuzha, Kerala, southern India. He was a technician and began assisting his father Kunju Kunju Bhagavatar in the making and repairing of musical instruments at the age of 16. His tryst with cameras began when he was asked to repair the bellows of a torn field camera in 1942. He repaired it and later learned the mechanics and the intricacies of camera making, all with the help of books he sourced from America and Europe. He was able to make his first field camera in 1945 – all wooden and brass parts made by him and the lens imported from Germany.
That was the beginning of a rare saga of making and selling the first and the only camera in the Indian subcontinent. It was destined to become one of the best large format cameras ever made in the whole world. Named the ‘Vageeswari’ Camera, it was one of the best-sellers owing to its reputation of being the most precise, elegant and robust cameras ever produced. The Vageeswari ruled the world of field cameras until the 1980s when the market was flooded with compact cameras. The veterans – both the maker and the product – sank into oblivion, under-recognized and unremembered!

Photographed by Herbert Ascherman Jr. at K.Karunakaran’s office in Alappuzha,in 2005. Printed and gifted by Unni Krishnan Pulikkal in 2019