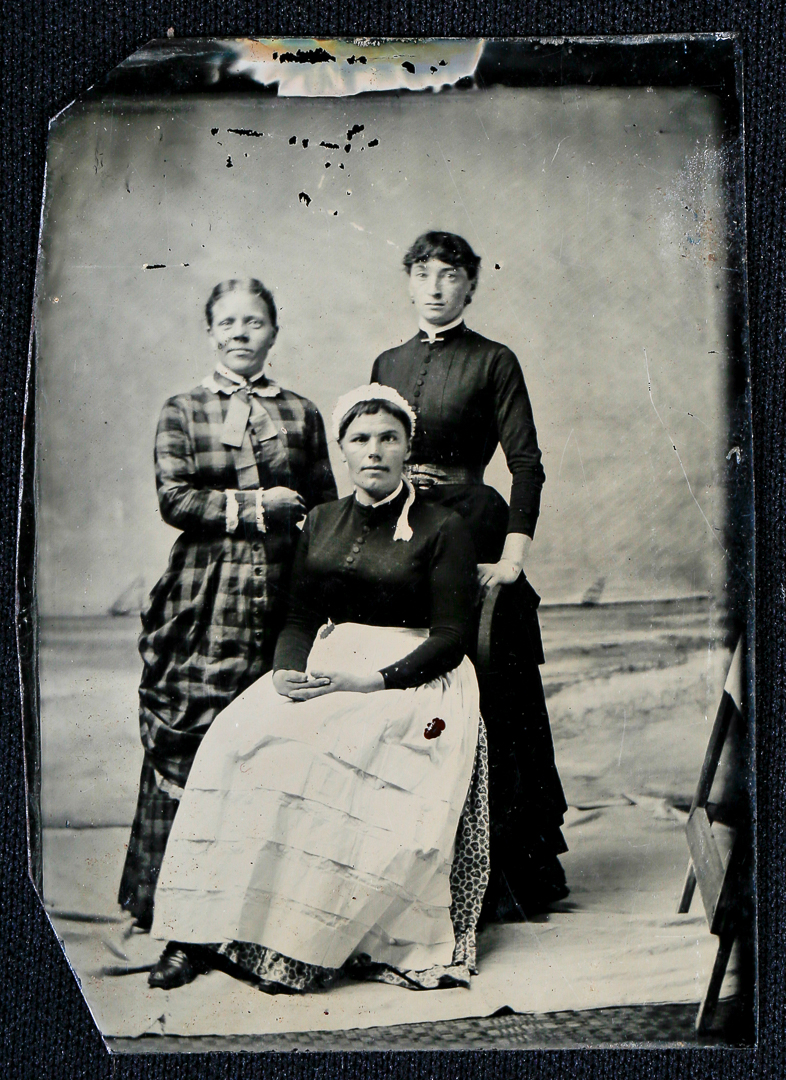 A tintype, also known as a melainotype or ferrotype, is a photograph made by creating a direct positive on a thin sheet of metal coated with a dark lacquer or enamel. There are two historic tintype processes: wet and dry. In the wet process, a collodion emulsion containing suspended silver halide crystals had to be formed on the plate just before it was exposed in the camera while still wet. Chemical treatment then reduced the crystals to microscopic particles of metallic silver in proportion to the intensity and duration of their exposure to light, resulting in a visible image. The later and more convenient dry process was similar but used a gelatin emulsion which could be applied to the plate long before use and exposed in the camera dry.