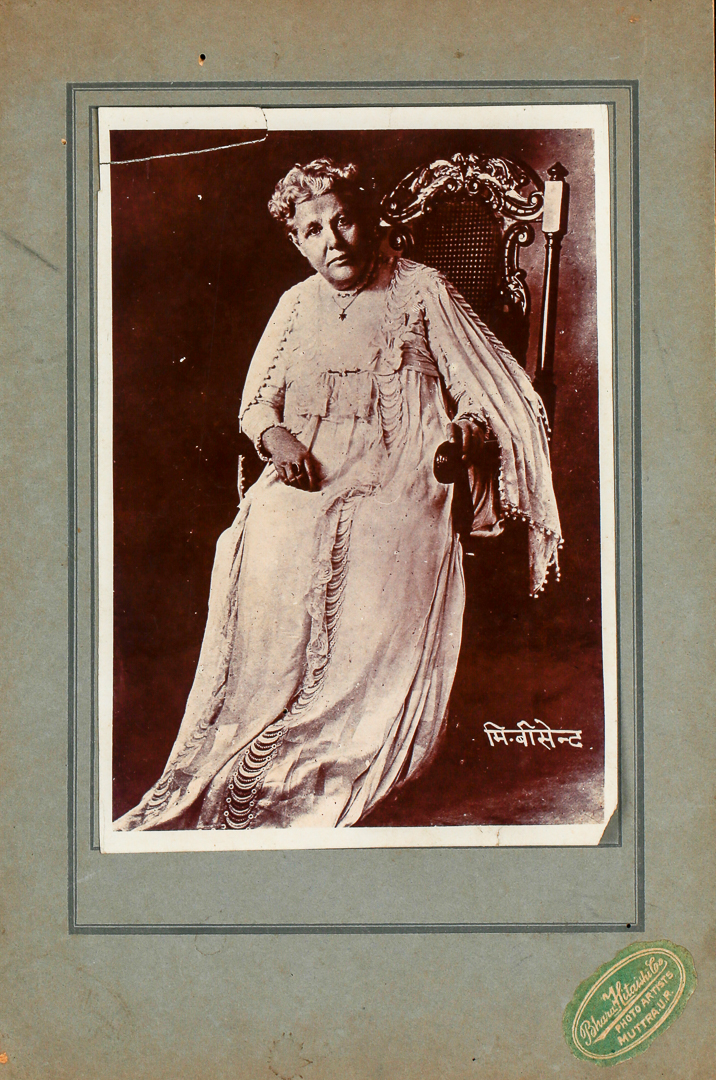 Annie Besant (1847 –1933) was a British socialist, theosophist, women’s rights activist, writer, orator, educationist, and philanthropist. Regarded as a champion of human freedom, she was an ardent supporter of both Irish and Indian self-rule. She was a prolific author with over three hundred books and pamphlets to her credit. As an educationist, her contributions included the founding of the Banaras Hindu University.