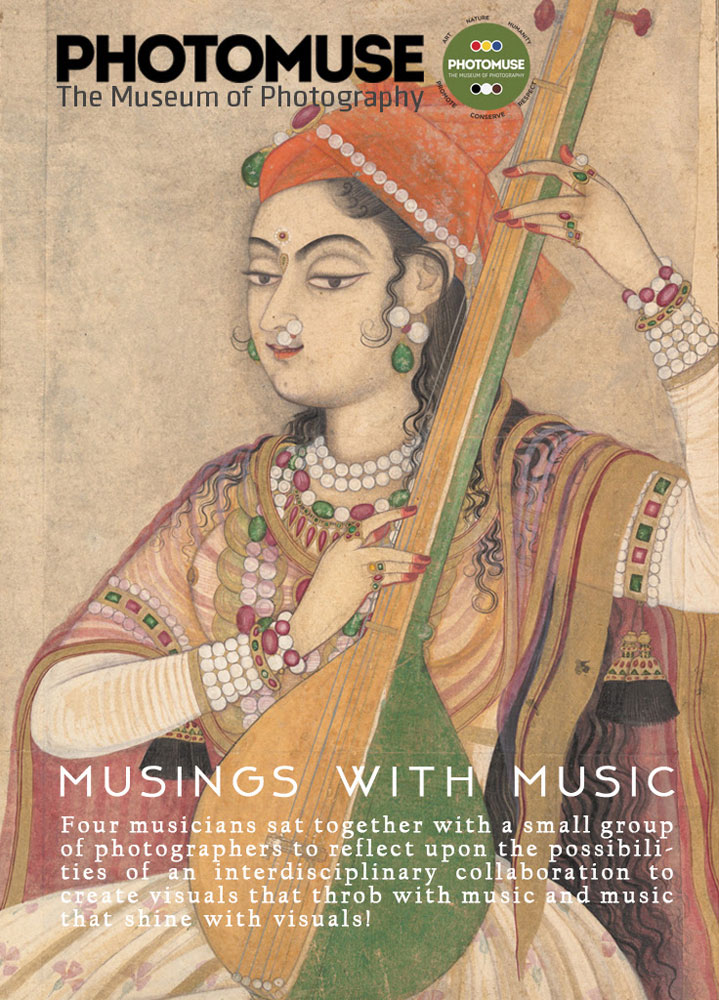 Four musicians sat together with a small group of photographers to reflect upon the possibilities of an interdisciplinary collaboration to create visuals that throb with music and music that shine with visuals!

Mr. C.N. Muraleedharan (Carnatic vocalist), Ms.Sreeja (Sitarist), Hari and Raveendran (both vocalists) interacted with photographers Hashim Haroon, Praveen P. Mohandas, Seema Suresh, Biju CR, Sreenivasan Pullarikkal, Sreekumar V. Menon, Pradeep Menon and Unni Pulikkal S. at the century-old Elayath Mana at Mala, Kerala, on 12 September 2017. They deliberated on the intricate parallels of sound and light – music and photography – to work on projects that build upon the similarities as well as the contradictions of the two senses.