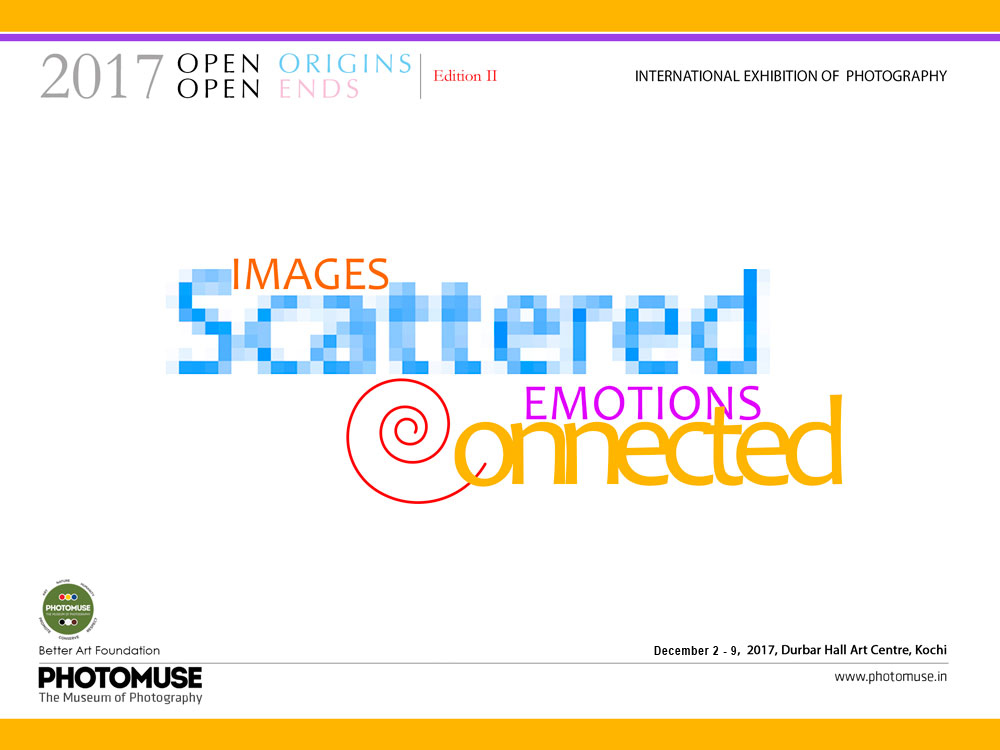 PhotoMuse brings out another edition of its most successful exhibitions – ‘Open Origins – Open Ends’ from December 2 through 9, 2017, at Durbar Hall Art Centre in Kochi, Kerala.

Various photographers make various images at various places at various points of Time. Often, such scattered images are connected through an unseen but astutely identifiable emotional thread. The second edition of ‘Open Origins – Open Ends’ tries to identify and tangibly demonstrate the celestial thread that runs through some of the best images that were presented in the PhotoMuse Club in 2016. The year’s theme is ‘Images Scattered – Emotions Connected’, curated by Dr. Unni Pulikkal S. for PhotoMuse. The show has an invited section of national and international photographers as well. The second edition of PhotoMuse Journal will also be released on the inaugural day of the exhibition.

Photographers make unrelated images at different places at diverse points of Time. Often, such scattered images are connected through an unseen but identifiable emotional string. ‘Open Origins – Open Ends’ seeks to explore the interrelationships established through the universal language of Photography. The exhibition focuses on images that are created worldwide and then displayed according to the visual and symbolic associations that exist among them.

‘Open Origins – Open Ends’ also presents a context in which secondary meanings appear when one image is placed beside another. As such, a new conversation is opened as to the original intent of the image and its further interpretation in a larger context with other complimenting images.