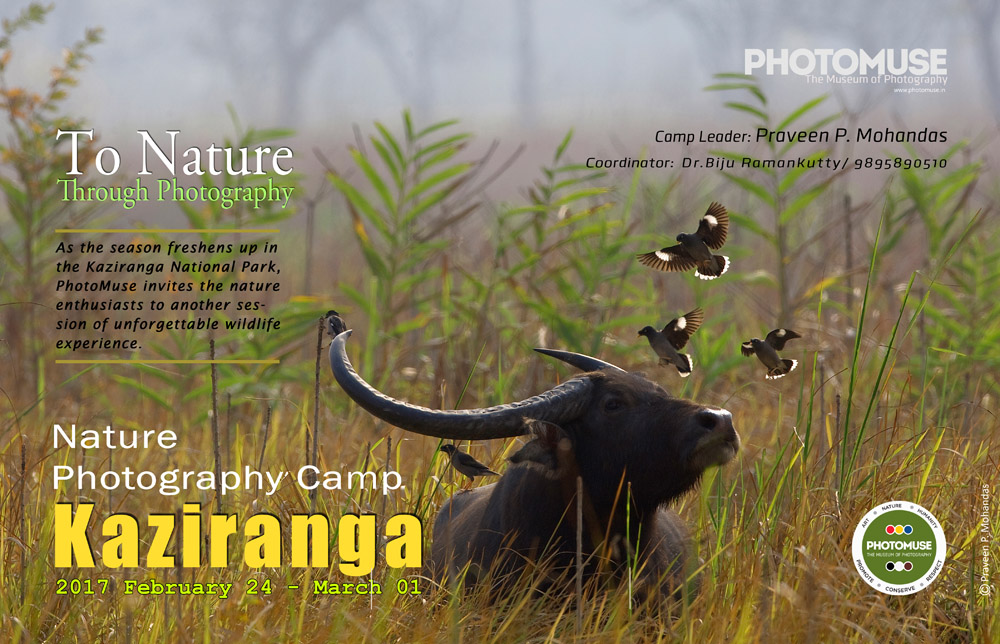 Kaziranga National Park is a national park in the Golaghat and Nagaon districts of the state of Assam, India. The sanctuary, which hosts two-thirds of the world’s great one-horned rhinoceroses, is a World Heritage Site. According to the census held in March 2015, the rhino population in Kaziranga National Park is 2,401. Kaziranga is also home to the highest density of tigers among protected areas in the world, and was declared a Tiger Reserve in 2006. The park is home to large breeding populations of elephants, wild water buffalo, and swamp deer. Kaziranga is recognized as an Important Bird Area by BirdLife International for conservation of avifaunal species. Located on the edge of the Eastern Himalaya biodiversity hotspot, the park combines high species diversity and visibility. Kaziranga is a vast expanse of tall elephant grass, marshland, and dense tropical moist broadleaf forests, criss-crossed by four major rivers, including the Brahmaputra, and the park includes numerous small bodies of water. Kaziranga has been the theme of several books, songs, and documentaries.

Welcome! Seats are VERY limited this time. Please confirm your availability at the earliest.

The program runs on donations from participants.