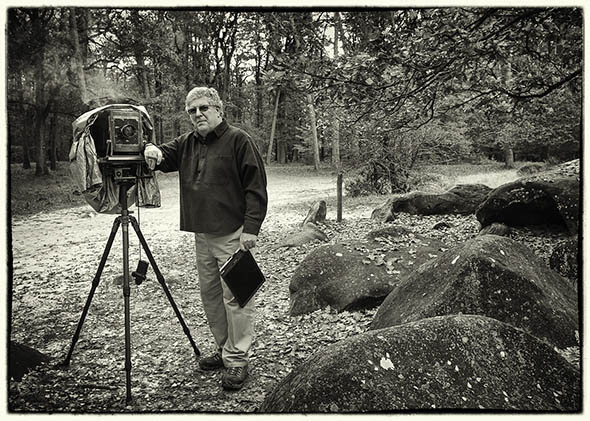 As a photographer, Herbert Ascherman has been creating fine art for more than three decades. This show features a selection of his work made during 1990 – 2006, spanning the mid-zone of his career as an artist. The show includes abstracts from 1990s, landscapes from 2000s, portraits from 1990s and 2000s and fine-art nudes from late 2000s, most of them printed in the 19th century process of Platinum- Palladium and some in Silver halide. The range of work selected for this show precisely demonstrates the GRADATION of his style and subject matter during this period, showing the distinctive evolution of his art that has mostly settled now in the post-retirement focus of tasteful nudes and fine landscapes.The show begins with the display on the eastern wall of the gallery of his abstracts; the southern wall displays his landscapes; the central wall carries the portraits and the western wall features the nudes.The show opens in the PhotoMuse Gallery, Kodaly, Thrissur, Kerala, on 26th February and runs through March 20. Herbert talks on his work, and the art of Black and White photography in general, to a group of young photographers from Kerala and interacts with the public afterward. A touch of music and Indian tea follows.