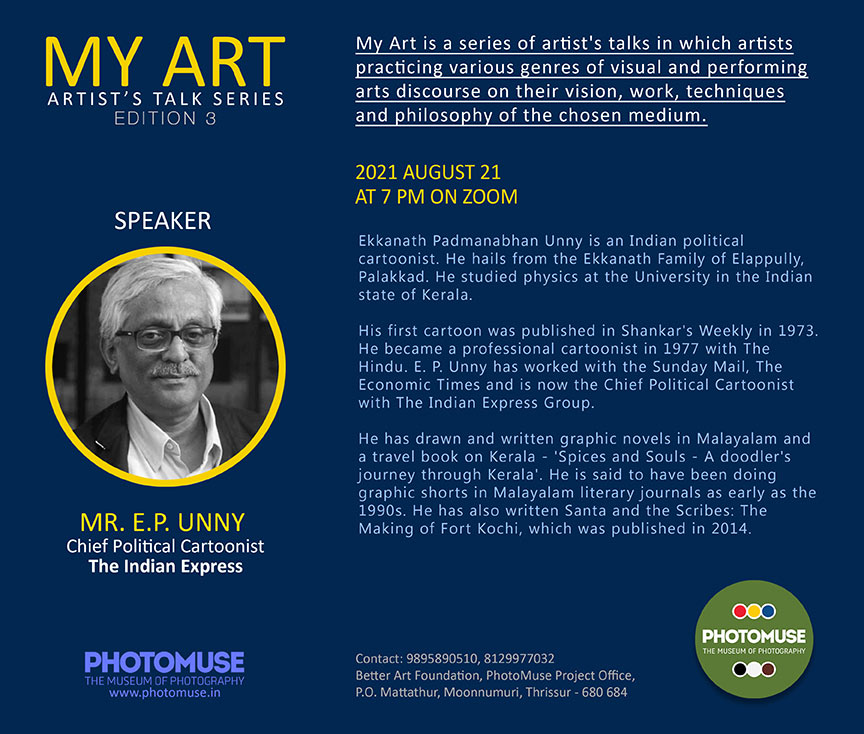 My Art is a series of artist’s talks in which artists practicing various genres of visual and performing arts discourse on their vision, work, techniques and philosophy of the chosen medium.

Ekkanath Padmanabhan Unny is an Indian political cartoonist. He hails from the Ekkanath Family of Elappully, Palakkad. He studied physics at the University in the Indian state of Kerala. His first cartoon was published in Shankar’s Weekly in 1973. He became a professional cartoonist in 1977 with The Hindu. E. P. Unny has worked with the Sunday Mail, The Economic Times and is now the Chief Political Cartoonist with The Indian Express Group. He has drawn and written graphic novels in Malayalam and a travel book on Kerala – ‘Spices and Souls – A doodler’s journey through Kerala’. He is said to have been doing graphic shorts in Malayalam literary journals as early as the 1990s. He has also written Santa and the Scribes: The Making of Fort Kochi, which was published in 2014.